Following the successful United Kingdom-wide application of the SiteZone proximity warning system and its variants, OnGrade is rebranding as SiteZone Safety. 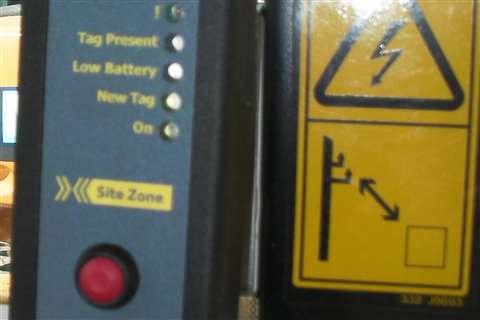 ‘We are known as the SiteZone people so it made sense to make it our public-facing identity,’ said SiteZone Safety director Gary Escott

OnGrade was formed in 2009 by Gary Escott and Nigel Adams, and launched the SiteZone proximity warning system soon after.

Since then, SiteZone has been used in sectors including demolition and waste with thousands of installations completed.

“We are known as the ‘SiteZone people’, so it makes sense to make it our public-facing identity, officially,” said Gary Escott.

“SiteZone is the core of our product range and it has inspired a growing collection of adaptable and bespoke anti-collision systems.”

The suite of products is designed to reduce the risk of collisions between workers and plant or site vehicles.

It operates on Radio Frequency Identification (RFID) detection, using vibration, audio and visual alerts to warn users on-foot and vehicle operators when they are in danger of colliding with each other.

The incidence of vehicle/worker collisions is very high in environments where large vehicles with blind spots operate, or in low visibility or poor weather conditions. In certain industries they account for a substantial portion of the UK’s annual accident and fatality statistics.