Optimism in US construction market 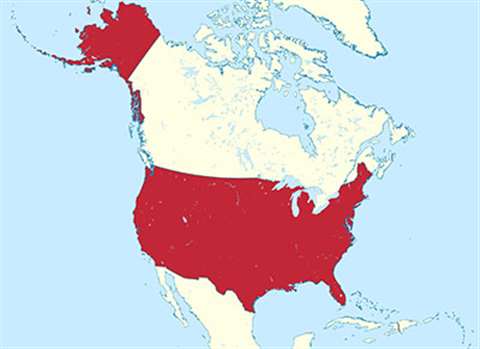 The Commercial Construction Index, which launched this year, has produced a composite score of 76 for the second quarter of 2017, suggesting that US contractors are feeling optimistic about the year ahead.

The index is a new quarterly economic indicator produced by the US Chamber of Commerce and United States Gypsum Corporation (USG) – a US-based manufacturer of building products and solutions.

It is designed to gauge what is driving the commercial construction industry, with a focus on three key drivers of confidence – backlog levels, new business opportunities and revenues.

From these, a composite index is generated, on a scale of 0 to 100.

The research is developed with Dodge Data & Analytics, which provides insights and data for the construction industry, by surveying over 2,700 decision-makers from commercial and institutional contractor companies.

The second quarter score of 76 was up two points on the first quarter result of 74, which was said to be driven primarily by a bump in the ratio between actual and ideal backlog.

The index score for revenues also rose by two points to 71, compared to the first quarter, with 96% of contractors expecting revenues to grow or remain stable this year, compared to 2016. 40% expected an increase.

Two thirds (66%) of contractors said they expected to employ more workers in the next six months, indicating growth in the sector, which employs approximately 3 million people.

However, this optimism about the trajectory of the industry was tempered by the fact that 61% of respondents reported difficulty finding skilled workers. The biggest shortages were reported in the concrete, interior finishes and millwork, masonry, electrical, and plumbing trades.

Tom Donohue, president and CEO of the US Chamber, said, “The projected growth uncovered in this research is good news for employers and workers, but there is reason for concern in the lack of qualified talent available in vital specialities. To get our economy growing to its full potential, we must ensure that we have a workforce that is ready to fill the available jobs.”