Out with the old in with the new 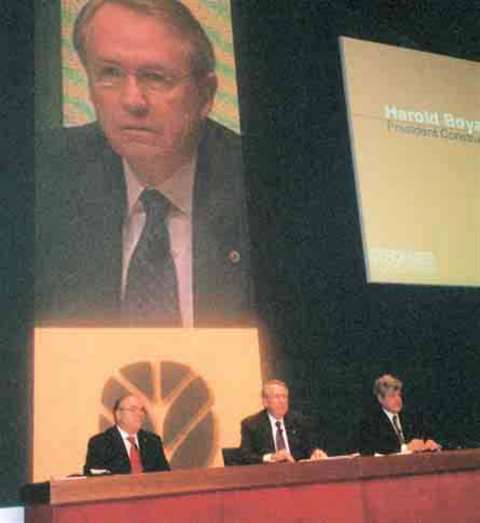 CNH, which is 84% owned by fiat, is to merge all its brands apart from Case, into a second, global full-liner under the New Holland name. This means that the Fiat-Kobelco, Kobelco, O&K, and New Holland Construction names will disappear in Europe.

Outside Europe, Kobelco, which is jointly owned by CNH and Kobe Steel of Japan, will continue to sell its excavators in North America and the Asia Pacific region through its own network. The New Holland re-branding will also not have an impact on Case and its long-standing excavator partnership with Sumitomo of Japan.

Unsurprisingly, the decision to consolidate four brands into one will have a huge impact on CNH's European dealer network. The number of dealers is being slashed from around 300 to 180, but it should be stressed that Case and its network will not be affected. According to Piero Maritano, president of construction equipment in Europe, the retained dealers were selected on a number of factors: commitment to the strategy, technical and commercial competence, territorial coverage, and financial solidity.

The announcement of the New Holland initiative was made in Rome at the end of January by Harold Boyanovsky, president of CNH's construction equipment business and recently appointed interim CEO of the company. In setting the scene for the announcement, Mr Boyanovsky said, “Right now our total volumes are running at around 55000 units and Case accounts for half the sales, while the other half is fought over by five regional names. Important locally, but not all known around the globe.

“Over the past two years we have invested in extensive analysis of our business model and conducted the deepest and widest market research project ever carried out by CNH Construction Equipment. The analysis of the business model demonstrated that there was considerable room to improve our brand strategy.”

But why did CNH opt for the New Holland name over all the others? In Europe in particular it not immediately associated with construction equipment while there is strong recognition of the brands that are being axed.

According to CNH though the New Holland name “is clearly the most recognisable name within the brand family,” due to its high profile in the agricultural equipment sector. The brand name will be the same for both the agricultural and construction equipment businesses, and since around 66% of CNH's sales revenues come from this sector, the decision makes more sense.

So, why didn't CNH take the dual brand approach at the time of the original Case – New Holland merger in 1999? According to Mr Boyanovsky “The rationalisation process needed time and had to take into account many market situations. It has been especially critical in Europe, where the dual brand distribution networks replace five existing networks.”

The first public showings of the New Holland brand will be at the SMOPyC exhibition in Zaragosa, Spain, ConExpo in Las Vegas, US, and Samoter in Verona, Italy.