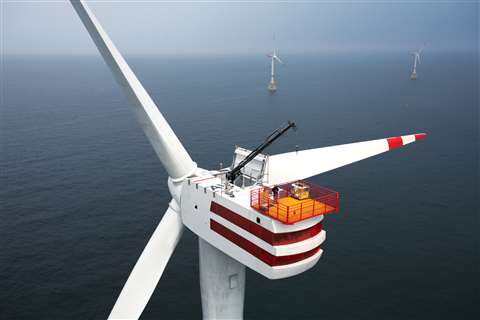 An order to supply platform and nacelle cranes for the Trianel wind farm Borkum II in the North Sea is the latest in a round of new business for Palfinger Marine.

The wind farm around 40 kilometres north of the island of Borkum comprises 32 Senvion 6.2M152 wind turbines with the capacity to generate about 200 MW-hours of electricity.

As crane supplier for all the turbines, Palfinger Marine will deliver 32 hydraulic foldable knuckle boom cranes type PK40002M to be installed in the nacelles, and 32 electro-hydraulic straight boom cranes type PSM400 to be mounted on the platforms.

The nacelle cranes will be handed over between July and December 2018. Delivery of the DNV GL approved platform cranes is scheduled between February and April 2018.

Another big order for Palfinger Marine in 2017 is the delivery of 87 platform cranes for Germany’s largest offshore wind farm project under construction. In its role as main contractor for engineering, procurement, construction and installation (EPCI), Siemens awarded Palfinger Marine the contract for the delivery of 71 fixed boom cranes type PF8000 for the Hohe See wind farm and another 16 model PF8000 fixed boom cranes for the Albatros wind farm.

Both wind farms, far out in the North Sea, are being constructed as a joint project by EnBW. Together, they will have the capacity to generate 610 MW-hours of electricity to supply around 710,000 households with renewable energy.

The fully electric PF 8000 platform cranes have an outreach of 2.9 metres. Deliveries for the Hohe See project will run until the end of 2017. All 16 cranes for the Albatros wind farm will be handed over in February and March 2018. 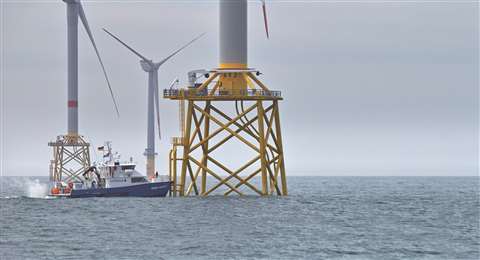