Pekkaniska working at the Sochi Games site in Russia

Two Dinolift platform rented by Pekkaniska being used on the construction of the main skating stadium for the Sochi 2014 Winter Olympics.

Pictured are two Dinolift aerial platforms rented by Finland's Pekkaniska working on the construction of the new skating stadium for the Sochi 2014 Winter Olympics in Russia.

The 12000 seater stadium, which will be dismantled and rebuilt elsewhere in Russia after the Games, forms part of the main cluster of venues for the Games, including the main arena, curling centre and a speed skating stadium.

The total project will represent an investment of around 185 billion rubles (€4.43 billion), made up of 80 billion rubles (€1.92 billion) from public funds and the rest from private investors.

Most of the venues - including the skating stadium - will be complete by 2012 and are said to be on schedule. In addition to the stadiums the project includes new roads, intersections, railway lines and tunnels.

Sochi is located on the Black Sea coast. 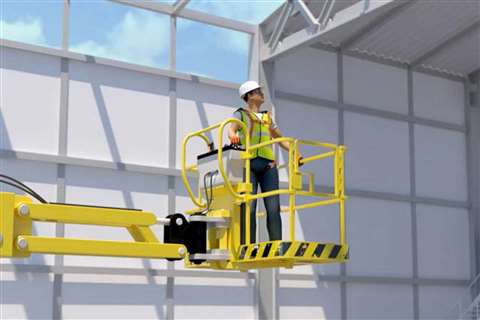 How to reduce the risks of trapping and crushing incidents
Working at height associations publish MEWP entrapment safety guide
Loading...
Previous Next ×