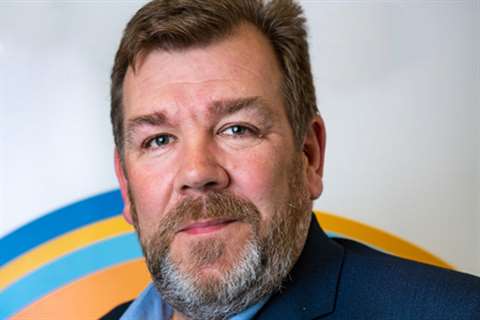 The International Powered Access Federation (IPAF) has announced Peter Douglas as its new CEO and managing director, following a thorough recruitment process that attracted almost 50 applicants from around the world. He will take up the post on 1 December 2019 and will be based in the UK.

Previously, Douglas was operations director at the UK’s largest access equipment rental company Nationwide Platforms - now owned by Loxam Group. He had been with the company for 26 years, until he stepped down at the end of 2018. He had also been a longstanding member of the board at IPAF, with Nationwide Platforms being the largest provider of IPAF training in the world.

Norty Turner, IPAF’s president, who served on the recruitment and selection panel, said, “The past few years have seen IPAF go from strength-to-strength, innovating to update its training courses into new languages and eLearning, developing virtual reality applications and creating exciting new events.”

He added, “With Peter being based in the UK, this will consolidate IPAF’s global headquarters and enable full-service support of the organisation’s core market and membership, which in recent years has delivered more PAL Cards than ever before.”

He concluded, “From its formation in the UK in 1983, IPAF has grown into a truly worldwide federation, expanding into new territories and now delivering training, safety guidance and technical expertise in multiple languages in 70 countries. It’s certainly an exciting time for Peter to come on board.”

Andy Studdert, interim CEO of IPAF, since former CEO Tim Whiteman left the role in July, helped lead the recruitment search. “I’m pleased to confirm our recruitment process has attracted some truly impressive candidates and that after such a competitive and wide-ranging search that Peter has been selected to lead this organisation as it continues to thrive and grow. I’m honoured to hand over the leadership of IPAF to such a well qualified and enthusiastic CEO. Peter will take IPAF to the next level of excellence.”

Douglas said he was delighted and honoured, ”to have the opportunity to lead such a well-recognised and respected global safety, technical and training organisation; I am looking forward to the challenge of making the powered access industry worldwide as safe as it possibly can be.”

He added, “It is a privilege to have been selected for this exciting role and I cannot wait to get started. The work of everyone involved with IPAF is so valuable; promoting the safe and effective use of powered access worldwide and ensuring people conducting temporary work at height get to go home safe at the end of every day is about as worthwhile as any job can get. I am very grateful to be given this fantastic opportunity to bring my ideas and expertise to bear and look forward to working with IPAF staff and industry colleagues once more.”