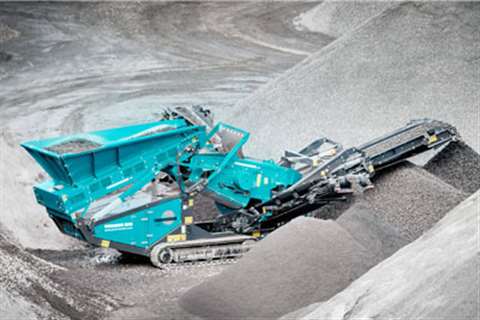 Powerscreen has launched the Warrior 600 compact mobile screen at Intermat 2015 in Paris, France.

Stephen McCartney, international sales director, said, “With extremely positive customer and distributor feedback at a recent preview event in Florida, US, and from the experiences of operators during the test phase of this machine, we were and are very excited about the launch of our new Warrior 600 screen.”

Powerscreen said the introduction of the most compact heavy duty mobile screen made the Warrior range the widest on the market, with six machines of varying size to meet a variety of customer requirements.

It said ease of transport was only one feature of the new model. It said the Warrior 600 screen was versatile with its simple conversion from 3-way split mode to 2-way split mode, which could be completed in minutes.

The company said it been specifically designed for operators for whom versatility, manoeuvrability and transportation were of key importance. The high-strength, high amplitude, two-bearing screenbox was said to promote easy handling and separation of large items from material fines in recycling tasks – such as soils from tree stumps and logs, fines and rock from overburden and blasted rock.

McCartney said, “This machine demonstrates how we can meet the needs of the aggregates and recycling segments across the world.”