Malaysian government officials have stated that the East Coast Rail Link (ECRL) from Malaysia to Thailand, which is being funded and built by China-based companies, is too expensive and can only be completed if the price is drastically reduced. 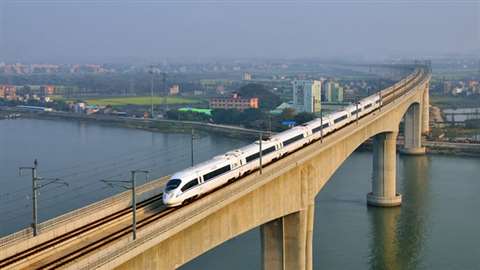 The cost of the proposed East Coast Rail Link has increased

Mahathir Mohamad was elected president of Malaysia for the second time in May 2018 and has stated that the government will investigate large-scale projects approved by the previous government of Najib Razak.

The 688km East Coast Rail Link, which would connect the country’s less-developed east coast to southern Thailand and the capital, Kuala Lumpur, was set to be developed by China Communication Construction Company (CCC).

Under an agreement by former prime minister Najib Razak, the project was set to cost US$16.5 billion However, the actual costs are estimated to have risen to US$20 billion after taking into account interest, land acquisition and other fees.

Malaysia finance minister Lim Guan Eng said, “We expect that the ECRL project will only become financially and economically feasible if there is a drastic price reduction of the project by CCCC.”