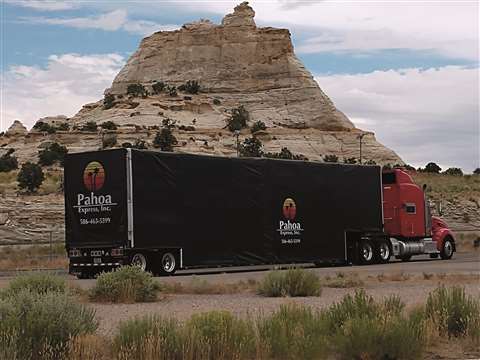 Pahoa specializes in the automotive and tooling industry

In 1991, Paul McGillivray purchased a young trucking company based in Clinton Township, Michigan, USA, with a fleet of just two trucks. A resilient outfit founded on a need for specialized transport within the region, Pahoa Express, Inc. had its start in 1985 but kept operations local and relatively modest for those first six years.

But McGillivray saw the potential in this sturdy startup and, by 2004, Pahoa had grown to nearly 20 trucks and had expanded its reach well outside state lines, including Canada. It was built on the strength of productive traction within niche markets and a highly trained workforce that continues to find itself rated amongst the best in the industry.

It was around this time that Pahoa gained another piece to its productive future when current general manager, David Merrill, joined the company. “I had experience in the trucking side of things and was working at a freight company doing a lot of work in automotive,” he remembered. “At some point, I ran into a guy who said there was a man over in Clinton Township named Paul, who owned Pahoa, and I should go talk to him. So I went over and had a conversation.” 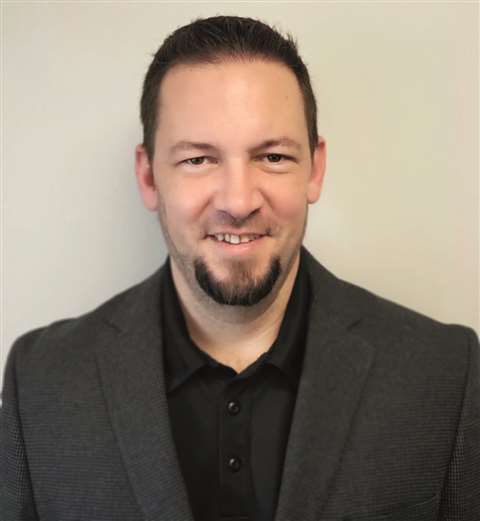 The conversation went well, and Merrill soon found himself dispatching. “I would come in early, Paul would be dispatching too – he was always very involved with the day-to-day operations – and it just ended up being a good fit. Since then, it’s been an amazing relationship. I lost my father when I was young, and he’s kind of stepped into that role for me. He’s been a great mentor for me along the way, personally and professionally.”

When Merrill was faced with a life-changing personal tragedy in 2013, McGillivray showed him what being part of a work-family was all about. “He looked at me and said, come in and help out when you can, but go take care of your family. Nothing changed with my benefits, my pay, and he made sure that I was able to take care of them – my daughter was four and my son was three at the time. And when I came back, he gave me the leniency of being able to be myself and adjust and get back on my time, with no judgment or anything – and that’s something you really just can’t put into words.”

Merrill was about a decade in with Pahoa at that point and had grown with the company which today boasts a fleet of around 110 trucks and 250 trailers. “Our company has certainly grown under Paul, and it has so much to do with how we treat people. I learned that on a personal level but it’s no different professionally for us. And we strive to continuously be good to our employees and our customers – which is, in large part, why I think we’ve been successful.”

Pahoa specializes in the automotive and tooling industry. “It’s been kind of a niche market for us,” indicated Merrill. “We haul a lot of automated equipment for the automotive and aerospace industries, gun manufacturers, electrical companies, robotic companies – pretty much anything that goes into manufacturing where the robotics are involved, which is pretty heavy here in southeast Michigan, so we get to play in that world. That was kind of the concept once Paul got into it. It was machine tooling, then automation really started emerging. We used to do a lot of CNC machines and just the manufacturing tooling that’s been out there.”

Thirty-five years since its founding, Pahoa now services the continental United States, all the Canadian provinces, as well as Mexico. “We also partner with some folks for air, but going over to Europe definitely isn’t our specialty,” added Merrill. “Currently, our workforce consists of around seventy – sixty of which are company drivers and ten of which are owner-operators. We also have about fifteen office staff, and seven mechanics.”

As for competition, Merrill admitted that times have changed. “We used to be one of two or three carriers in the area that provided this service – now there are about eight or nine. But we still get a lot of calls; we do roughly seventy to eighty loads a day.”

At some point during Merrill’s tenure, someone “stopped into the office and said something about the SC&RA.” So he did a little research and thought it looked like it might be a good opportunity to network, especially since Pahoa was growing. “I wanted to get some footing with folks who had a say with FMCSA, dealing with states – the permitting issues, as we were starting to do more wide loads,” he said. “I saw some definite benefits of the knowledge at SC&RA. I ended up asking Paul if he minded if I attended one of the meetings. I’ll talk to anyone, and he was open to me going. I knew a couple members, and they introduced me to other folks, and through the networking, and my personality, it kind of snowballed and I found my way to Steven Todd and we had some really good conversations. From there, he suggested that I look to be appointed to the Safety Committee, so I filled out an application and was accepted. I’ve been to four or five meetings for that – it’s my second year.”

A technology-in-trucking advocate, Merrill sees his potential impact on the Association as multi-layered. “I like to talk about technology – I truly believe it’s the future of this industry in many ways,” he affirmed. “And the more on top of it we are, the more successful that future will be for everyone. But I also want to participate in the advocacy that SC&RA does, especially on the permit harmonisation side. As a carrier, it’s so hard to find an escort to start and stop with you depending on restrictions in different states.

“We don’t do anything super large, but the challenges are similar, and to gain their knowledge at these meetings is vital in continuing to push and facilitate the advocacy that will ultimately get the states on the same page.”

Another significant issue for Merrill and Pahoa is the 30-minute break exemption. “Especially with the sizes we run,” he said. “There are times when daylight burns quickly, so any extra time that we can have to get that shipment to its destination is truly vital. It goes back to customer service – if you can’t offer service, then you might as well close the doors.

“So, if we can get that extra thirty minutes or an hour depending on sunrise and sunset times, it’s huge. Policy-wise I really like that we have the opportunity to make comments regarding regulations and-or changes – like the new HOS reform. The sleeper-birth adjustment made a big difference.”

As for the Covid challenge, Pahoa was impacted at first, as manufacturing in Michigan came to a halt. But Merrill and his staff focused on keeping employees calm. “We ended up giving office staff the option to work from home,” said Merrill. “We made sure the drivers were following safety protocols. Some of our shipments were essential items, such as robots for ventilation systems, or laser-cutting machines – so that helped. But I would say we were at maybe thirty percent of our normal volume for about three months. Fortunately, we pretty much have all our staff back now. Once manufacturing returned, we picked right back up where we left off, and things continue to get busier.”