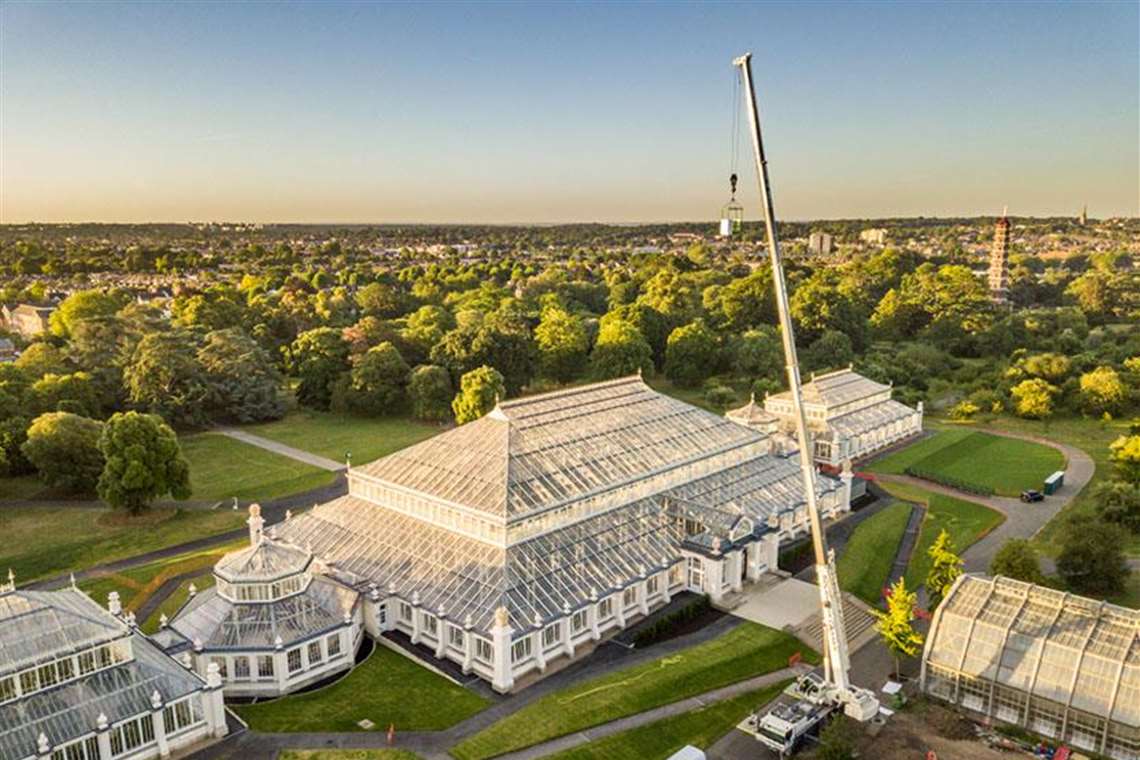 Pushing the boundaries at Kew 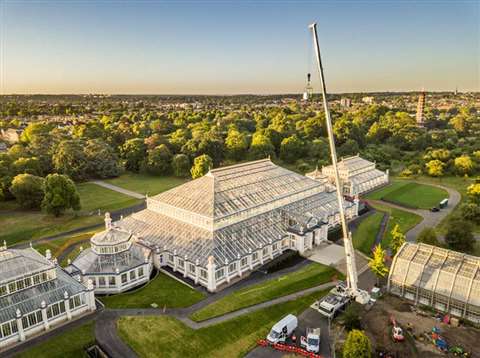 DSM Contract Lifting Services was tasked with assisting the replacement of glass window panes to the automated ventilation system on the newly refurbished Grade 1 listed Kew Gardens Temperate House, in the UK.

It is the largest glasshouse in the world and often referred to as ’the world’s greatest glasshouse’. The nature of the site necessitated a compact, highly manoeuvrable machine, which must be capable of working at low jib angles while offering high capacity and providing a stable working platform.

The DSM team looked at the range of truck mounted access platforms available on the UK market and then discounted them as the radius of over 50m was not possible - even with the largest 100m+ machine the horizontal outreach was a problem, said the company, plus the fact that such a large machine could not gain access to the site. 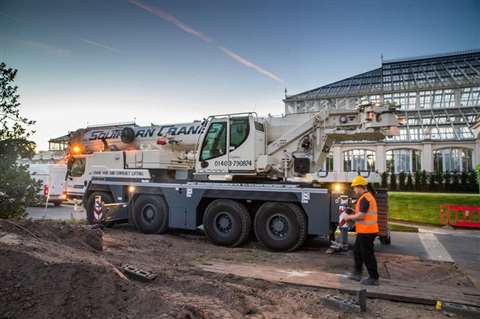 The company then looked at a range of specialist tracked platforms to see if the capacity and set up location made this a viable option, but it too was ruled out. The use of a mobile tower crane was also dismissed, as to gain access it would need to be on a carrier of less than 2.6m wide - 50m and above mobile tower cranes are all on 3m wide carriers.

Subsequently, the DSM Contract Lifting Technical Team evaluated telescopic crane options from Demag and Liebherr and settled on the new Liebherr LTM1090 - 4.2 from supplier Southern Cranes and Access. The Liebherr LTM1090-4.2 provided the capacity and the operating characteristics for a smooth delicate operation at a large main boom radius, said DSM. 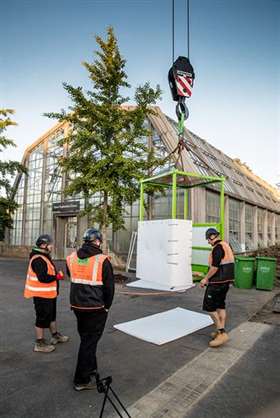 ”We had to arrive at first light (5am) and then be gone from the Kew Gardens site by 10am, when the complex opens to the public,” said a DSM spoesapeson. After providing the access to assist with the checking of the frame mechanism of the vent, the operatives changed three panes of 6mm single glazed float glass which were damaged, the DSM and Southern Cranes Team cleared site ahead of the 10am deadline after a successful lifting operation. 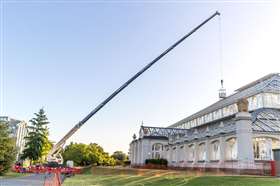 The Liebherr with its vario base and varioballast was the perfect crane for this task, said DSM, as it allowed the company to work safely at a large radius with a compact and cost effective soluti