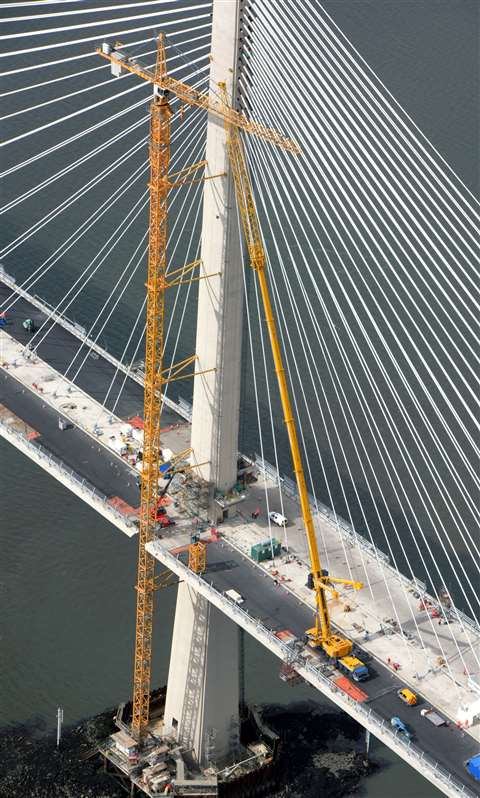 A 500 tonne capacity Liebherr LTM 1500-8.1 wheeled mobile telescopic crane rigged with 35 m fixed jib was used to remove the tie bars between the tower crane masts and the bridge towers. The load was 5 tonnes at a 57 m radius on a 90 m hook height. After that the tower crane’s jib sections were removed, followed by the tower head and the cabin and slew ring assembly.

A 300 tonne capacity LTM 1300-6.1 wheeled mobile crane was used to remove the counter jib, hoist unit frame and counterweight blocks. It lifted 22.2 tonnes at a 22 m radius and a hook height of 55 m.