Reaction to ruling defining a spreader bar as a load 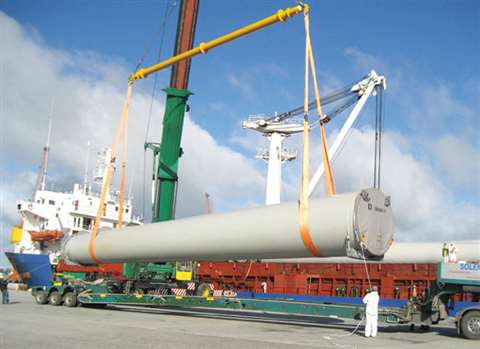 Below-the-hook equipment manufacturer Modulift and SC&RA are among many who have reacted to a decision by a US judge who redefined a spreader bar as part of a load, not the rigging.

The ruling was issued by Thomas McCarthy, administrative law judge at the Federal Mine Safety and Health Administration (MSHA) Review Commission. It was disputed by US crane rental company Sims Crane & Equipment, the SC&RA, and many of the association’s members. Judge McCarthy presided over a case raised against Sims following an inspection at a quarry in Florida in 2015. The citation alleged negligence when personnel walked underneath a “load”, which has been acknowledged by all parties involved to be a spreader bar not yet attached to the load to be lifted.

Anthony Culshaw, senior design engineer at below the hook equipment manufacturer Modulift, responded, “Defining the spreader as a load would have serious consequences and would require amendment to almost every standard within the industry. MSHA seemingly came to their own conclusion on this without consulting OSHA, which is a surprising decision and not one I agree with.”

Culshaw continued: “Lifting is a heavily regulated industry and a huge amount of work has gone into producing best practice guides and standards. As a result of this the understanding of law when it comes to lifting should almost always require the involvement of a professional organisation within our industry. The spreader should retain its definition as part of the rigging, and the correct advice on this should have been prior to the judge’s ruling.”

Sarah Spivey, managing director at Modulift, said, “My reaction to this decision was like everyone else in the industry ‑ I was shocked and frustrated for Sims. Everyone is amazed at the judge’s incomprehensible ruling.”

In a document published by MSHA dated 3 May 2016, Judge McCarthy said, “In the absence of a statutory or regulatory definition, the commission applies the ordinary meaning of a term. The dictionary defines a ‘load’ as a ‘weight or mass that is supported.’ Under the ordinary meaning of the term, therefore, I conclude that the spreader bar constituted a ‘load’…”