The Vista Tower project in Chicago has received a US$700 million loan from the Ping An Bank in China. 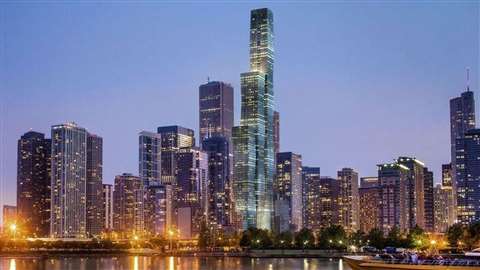 Artist’s impression of vista tower in chicago, us

The loan, the largest ever issued to a construction project in the city, was made to China’s Wanda Group and Chicago-based Magellan Development Group, the firms developing the Lake Michigan shorefront tower.

Completion of the project is expected in 2020, at which time the luxury residential high-rise will be the third-tallest building in Chicago.

The project is expected to employ 2,000 workers during the construction process, and enable 500 permanent jobs in the city.

The loan is being seen as vindication of an initiative in the city, to encourage closer economic ties with China. This has so far resulted in China’s HNA Group paying US$360 million for an office tower in the city, the Wanxiang America Corporation setting up office there, and a total of almost US$10 billion coming into Chicago from China since 2000.