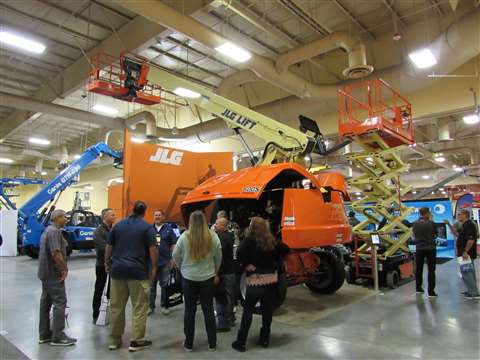 The event, held at the South Point Hotel and Casino, was a success.

“The show was well received by both attendees and vendors, so we are very happy,” Blackwell said. 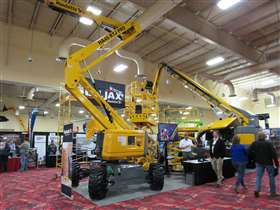 Haulotte’s booth at the show.

Long-time exhibitor Snorkel used the event to debut its brand-new telehandler, the SR5719. Capable of lifting up to 5,732 pounds, with a maximum lift height of 19 feet and a maximum forward reach of 10 feet, 4 inches, the telehandler is an ideal fit for the independent rental operator. This compact unit features a Tier 4 Final Yanmar engine and weighs 10,360 pounds. 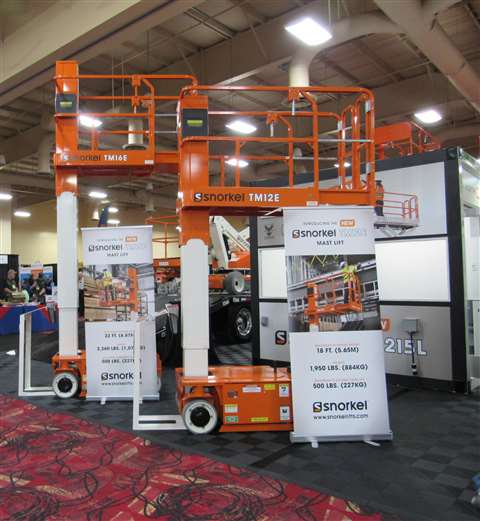 Alongside the Snorkel telehandler, the new Snorkel S3215L lightweight electric scissor lift made its debut at the show. The S3215L has been designed to deliver a much lower overall weight and floor loading than a conventional scissor lift. This has been achieved by using lighter weight materials, such as aluminum, where possible without compromising the stability and durability of the lift. With a maximum working height of 15 feet, the lift weighs 2,100 pounds and has a floor loading of 195 psf at maximum capacity of 670 pounds.