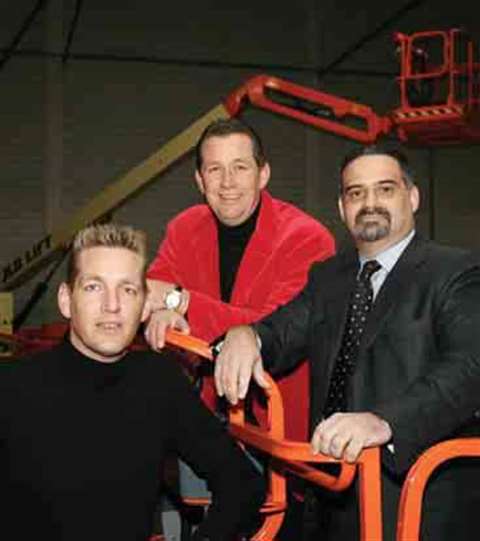 From left, Dick Schalekamp, Japp Schalekamp and Doron Livnat, the owner/directors of the Riwal Group.

The units will be split between the Health and (120), Denmark (80), the Middle East including Iraq (300), the new Eastern European markets (300), and a country in “East Asia” where 200 aerial platforms will be moved to a single job site and also used to establish a new rental operation. Riwal would not say where this was.

Riwal would also not identify the four eastern European countries where it would establish start-up rental operations, although it said they would be east of Italy and would include countries of the former Yugoslavia. Riwal said it would operate through an established local trading company that is not currently involved in the access business. The first is expected to be open by Spring 2005. “We believe in the potential [of these Eastern European countries] because we look at what happened in Spain, Portugal, and Greece in the last 10 to 12 years. They came from the same place as the ex-Yugoslavian countries are now”, said Doron Livnat, who is owner-director of Riwal along with Dick Schalekamp.