Bavaria, Germany-based contractor Anton Sedlmaier has teamed up with Austrian crushing and screening equipment specialist Rockster to demolish a Roche Group building in Tutzing, near Munich. 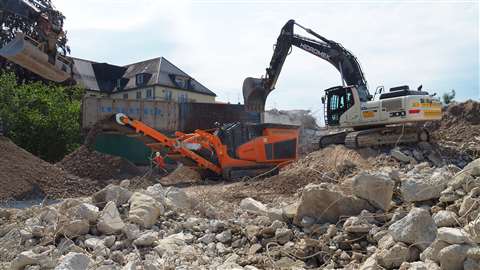 The pharmaceuticals company had owned the building since taking over Boehringer-Mannheim in 1998 but closed it four years later and ordered its demolition in 2019. The site will host a new clinic as well as a commercial development.

After the completion of the demolition debris crushing project, the crusher will be transported to one of the two gravel quarries owned by Sedlmaier.