Ropes and winches: Bound to be big 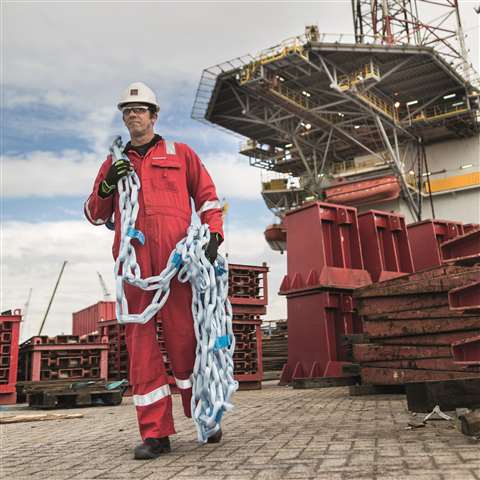 The use of synthetic fibre ropes helps speed up operations and reduces the risk of injury, says DSM

As the lifting and heavy transportation markets continue to evolve, operations are becoming more complex with increasing demands on operators and equipment. Cost-efficiency is also a driver, with growing pressure to deliver results faster and cheaper. Managing these conflicting demands is a major challenge for an industry faced with an ageing workforce and increasing safety regulations.

Addressing these issues requires significant changes in the way the lifting industry operates, says DSM Dyneema, a global supplier of Dyneema – which it proclaims as the world’s strongest fibre. Synthetic lifting equipment made from Dyneema is up to eight times lighter than steel for the same strength, DSM says, meaning it can significantly reduce the equipment needed and the effort required by crews on a job site. In some cases, synthetic ropes and slings can even be handled by a single person throughout an entire shift, it claims. Another benefit of its light weight is that by reducing the weight of ropes and slings, cranes can lift significantly heavier loads, says DSM.

Additional properties of Dyneema are that it floats on water, it doesn’t rust, and it doesn’t kink or bird cage like steel does.

DSM says Dyneema has already proven its performance, reliability and lifetime in the maritime and offshore industries while, onshore, slings made with Dyneema have also proven themselves in a range of applications. Now synthetic fibre link chains are also starting to enter the market, the company says. Nico Janssen, industry manager at Dyneema, elaborates, “There is a growing momentum to adopt and implement synthetic solutions. Together with the lifting industry, DSM is committed to accelerating this change by providing a stronger and lighter solution that increases safety and drives efficiency.”

DSM points to a number of examples that illustrate its point: For example, when heavy lifting and transportation company ALE chose Dyneema synthetic slings for its 5000 tonne capacity AL.SK350, it says this freed up an extra 57 tonnes of lifting capacity which contributed to the crane making a record-beating lift of 3,000 tonnes in 2017.

Another example DSM cites is Seaway Heavy Lifting (SHL), an offshore contractor in the global oil, gas and renewables industry, which used Green Pin Tycan synthetic link chains made with Dyneema, supplied by chain and steel wire rope supplier Van Beest, for the installation of the monopiles for the Beatrice Wind Farm project. Frits van Dorst, SHL project engineer, comments, “where possible, we prefer synthetic equipment for lashing and lifting for easier, faster and more ergonomic handling compared to steel.”

The Multi-Taskers are bound for the international market, says Casar, and have been fitted with Casar’s rotation resistant Eurolift rope. Due to the Multi-Taskers’ opposing double drum configurations, Lang lay right and left ropes were used, Casar says, with DIN 3091 solid thimbles as end connections.

There are currently seven different classes of Multi-Taskers capable of varying load capacities and, depending on the class, the cranes spool between one and four layers. The most common rope diameter on the Multi-Taskers is 24 mm while the length varies by crane type, reports Casar. 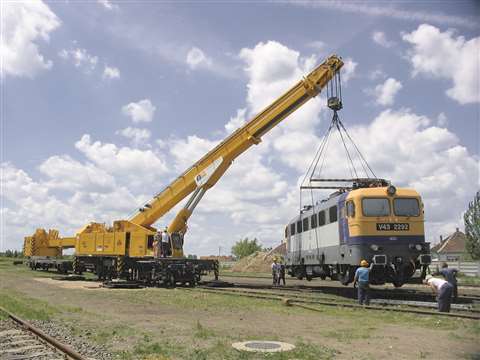 In addition to increasing payloads for lifting, DSM says synthetic lifting solutions offer several other benefits over steel. Their lighter weight makes them easier for crews to handle, speeding up operations while also reducing the number of personnel needed. Another difference, specifically for synthetic link chains and slings, is the reduced risk to damage cargo, DSM explains.

DSM points to trails conducted by heavy lift and transport specialist Mammoet to enforce its point. Mammoet trialled lifting solutions made with Dyneema and concluded synthetics made their work more manageable, DSM says. Using Green Pin Tycan Chain (which is made of Dyneema) from Dutch below-the-hook lifting and lashing fittings manufacturer Van Beest, Mammoet found that it not only allowed them to complete tasks faster and with smaller teams, but the lighter ropes and slings put less physical strain on personnel, an important factor with an ageing workforce, DSM points out. “The main benefit of Dyneema is the weight. It’s more manageable. With steel, it’s never manageable,” says Bas Geerts, SPMT supervisor at Mammoet.

DSM believes the future for Dyneema is positive, with increasing numbers of companies utilising it. For example, US rope specialist Samson now offers the K-100 Dyneema based rope for mobile cranes while, offshore, Huisman and MacGregor also offer solutions using Dyneema ( see the ropes and winches feature in the February 2018 issue of ICST). In addition, a general trend towards increased health and safety in the workplace means that the appeal of a lighter, softer alternative to steel is clear. 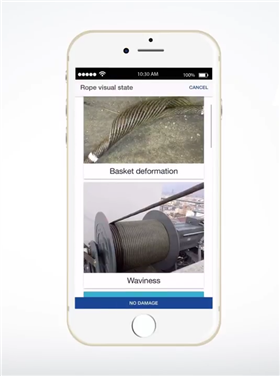 Austrian fibre and steel wire rope specialist Teufelberger has launched a free app to help determine the discard status crane rope. Called SIDIS the app calculates the level of wear according to the discard criteria stipulated in ISO 4309. This makes it suitable for inspectors, maintenance managers and all those who inspect steel wire ropes, says Teufelberger.

In order for the app to make the point of discard calculation, users need to: enter basic rope data (such as rope length and design); enter the name of the company for which the rope inspection is being carried out; select the crane it was use on, including the specific rope application; and enter rope inspection data (such as the diameter of the rope, the number of wire breakages, whether there’s any corrosion etc). Once this has been done, the app then makes the calculation.