Rotar ‘a class above’ for Metropolitan 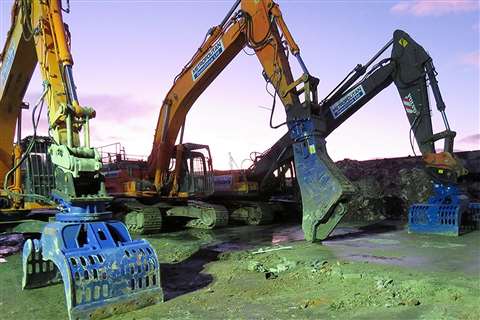 The company, which has run a nationwide service from its base in the north of England for the past 10 years, employs 25 people and has machines ranging from 25 to 75 t as well as a Volvo high reach.

Metropolitan’s first link with Rotar was when it gave an RG48 grab a three-week trial on an industrial dismantling project for the Express & Star newspaper group in Wolverhampton in the English midlands.

Having removed 3,500 t of newspaper printing presses, it used the RG48 to load the resulting scrap. It then invested in the grab together with an RG28 and RS530 scrap shear.

”The Rotar kit is a class above anything we’ve used before,” said Metropolitan director Michael Hurst.

“It’s a good competitive price based on two key elements – performance and service. You would need a bigger piece of competitive kit to get the same performance. For us, it’s a perfect investment and will save us time on future projects.”