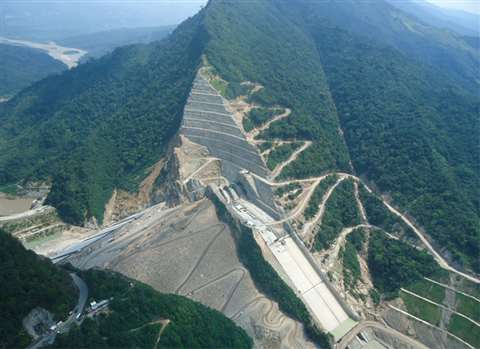 The newly completed 190 m high dam and power plant on the Sogamoso River in Colombia is expected to meet 10% of the country’s electricity needs.

Salini Impregilo has completed construction of a dam and hydroelectric plant on the Sogamoso River in north-west Colombia. The € 650 million (US$ 775 million) project took six years to complete and employed 7,000 people.

The scheme comprises a 190 m tall dam and an underground power station housing three turbines capable of generating 820 MW of power. According to the contractor, the new power plant will supply about 10% of the country's annual energy requirements, with its 5,056 GWh per year capacity.

Elsewhere in Colombia, Salini Impregilo is currently working on a second hydroelectric project called El Quimbo, located on the Magdalena River. Its installed capacity will be 400 MW.