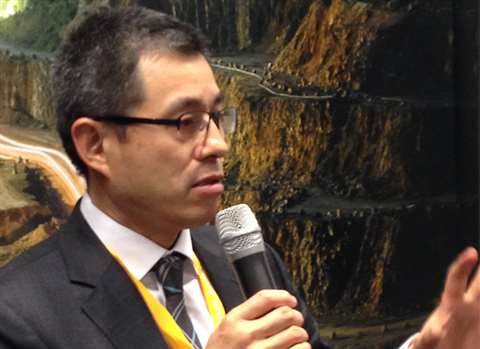 The company said that the new Sandvik Mining & Rock Technology operations would be organised in a de-centralised business model with separate product areas based on the product offering.

It said each product area would have full responsibility and accountability for its respective business.

Björn Rosengren, Sandvik´s president and CEO, said that products developed for the mining and construction customer segments were based on common technologies with a similar aftermarket offering.

“In addition,” he said, “manufacturing units are already largely shared with, to some extent, shared front line resources. By joining the operations into one business area we achieve a leaner and more efficient structure.”

He added, “The decentralised business model enables an even clearer focus and faster response to our customers.”

The new structure will be effective from 1 July, 2016, and Lars Engström, currently president of Sandvik Mining, has been appointed president of the new business area.

Dinggui Gao will leave the company as of that date. He was appointed in May 2013.

Rosengren said, “I would like to take the opportunity to thank Dinggui Gao for his dedicated work in supporting the merger of the new organisation. I would like to express my appreciation for his work to drive Sandvik Construction, resulting in documented improvements.”