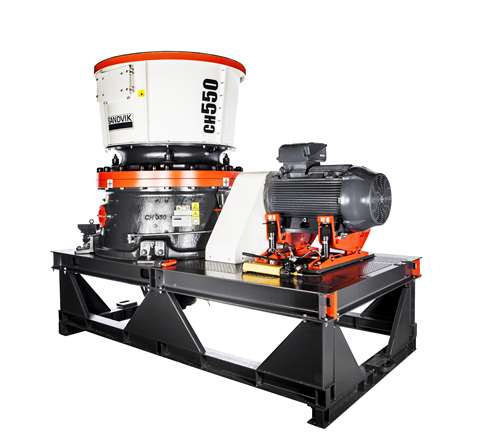 Sandvik Construction used the Bauma Africa exhibition as the launch pad for its CH550 cone crusher in Africa.

Sandvik Construction has forecast strong growth in the sub-Saharan African market in the coming years, driven by demand from quarrying, civil and road building contractors.

Speaking during the Bauma Africa exhibition in Johannesburg, South Africa, Sandvik vice president of construction for sub-Saharan Africa, Glenn Shoeman, said the company expected to generate revenues of between SEK 370 million (US$ 58 million) and SEK 400 million (US$ 63 million) from the sub-Saharan market in 2013.

“We forecast that these revenues will double in the next five years,” he said. “We have just undergone 18 months of aggressive expansion. The challenge is the vastness of the region - it is not always easy to move people around.”

Mr Shoeman said Sandvik Construction’s next focuses would be Ethiopia, Mozambique and Nigeria. He said the company was also eyeing opportunities in the Democratic Republic of Congo thanks to the number of hydro-electric schemes currently planned there.

Sandvik Construction used the Bauma Africa exhibition as the launch pad for new products in Africa.

The manufacturer introduced its CH550 cone crusher and DH350 surface drill rig to the African market at the show. Based on the company’s Hydrocone design, the CH550 is said to ensure the lowest operating costs per tonne for a wide range of materials and applications.

The DH350 is a crawler-mounted down-the-hole surface drilling rig from the company’s basic line of products, designed for drilling in the 89 mm to 152 mm hole range.

“Customers are calling for something simple but with Sandvik quality. Since the start of the show, we have received over 20 orders already for our new machines,” Mr Shoeman said.