Sarens Helps Move The Iconic Cranes At The Port Of Workington 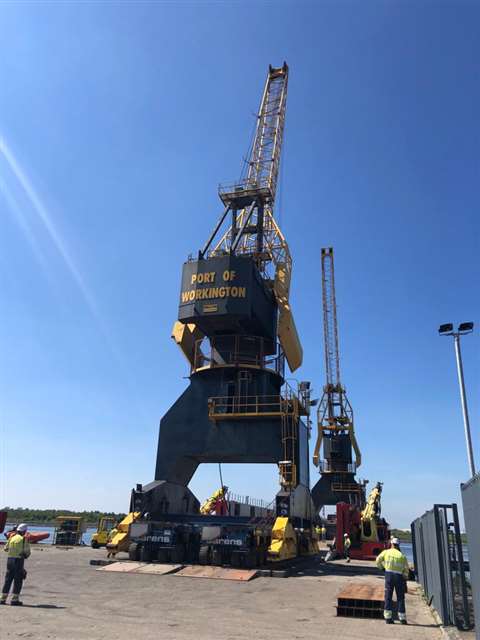 Sarens deployed its self propelled modular transporter (SPMT) to transport and load-out the Nelcon cranes weighing 200 tonnes each amid the Covid-19 pandemic.

The cranes known as Port of Workington’s Nelcon Cranes have been operating on the port since the early 1980s. These fixed-rail portal cranes eventually had limited use in the port. According to the company the cranes had to be moved to Teesside which is a busier port and the cranes can be put to better use for the transport of coal.

The two dock pedestal cranes weighing 200 tonnes were moved and offloaded while the tide was high. SPMT was used to manoeuvre them safely into position and finally loaded-out on the Terra Marique barge and safely travelled by barge for seven days, arriving at Tees Commerce Park Dock.

Hareket at work in Bautino Port
The heavy lifting and project transportation company has expanded its activities and invested further at the Bautino TS marine base port
Loading...
Latest News