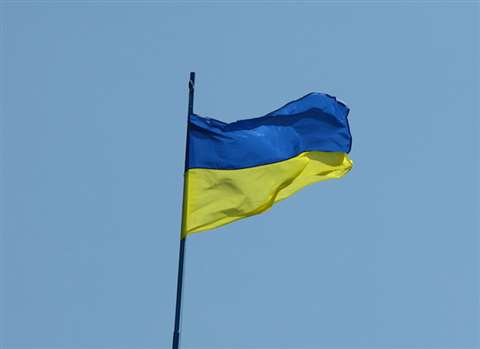 Growth in construction volumes in Ukraine has been seen over the past few years, although the housing market has become saturated.

Sergii Zapototskyi of UVECON, the Ukrainian member of EECFA (the Eastern European Construction Forecasting Association) reported that Ukraine used to have an acute housing problem owing to the lack of effective social policy in the housing sector, which had been aggravated by the low level of housing provision in Ukraine and its relatively high cost.

He said that during the past few years, the growth in the volume of housing construction, mainly in large cities and in their suburbs, had made significant adjustments to the market, though.

“Given the historically high need for housing and a number of existing conditions for growth in this market, there has been significant progress in the development of the housing sector,” he said.

There were a number of reasons why, since 2015, the market had grown significantly, he added.

One was that as a result of a sharp devaluation of the national currency, the best option not to lose money was to purchase residential real estate.

“This process accelerated the crisis of the banking system,” said Zapototskyi. “The lion’s share of the money that Ukrainians paid to developers was taken into banks where they were on deposits with fairly high interest rates.

“Another problem was providing housing for internal migrants, soldiers and their families, and the like. Customers tended to choose dwellings in new buildings where, when buying, the prices were more acceptable, and when selling, they could stick to their positions.” 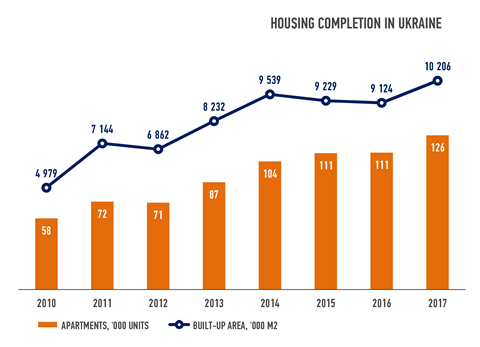 Under such conditions, he said, the housing market began to grow.

He said the growth was driven primarily by the increase in large cities and their suburbs. In Kiev, the capital, about 130 newly-constructed buildings were registered in 2013, while around 220 residential buildings were built in 2015.

Within the Kiev region, the figures are somewhat smaller, though the trends are seen as being close. Although five years ago Lviv lacked sufficient new residential buildings and there were only a few construction sites, today there are approximately 200 sites, he said. The situation is similar in Odessa, where there are now almost 150 new residential buildings. In Kharkov, there are approximately 100 new buildings, and almost 70 in Dnieper.

Zapototskyi said the Ukrainian housing market was now rather saturated.

“Market experts say that demand for housing has now sharply fallen,” he said, “evidenced by the frequent loyal offers of builders for buyers, and the low volumes of mortgage lending.

He added, “Looking at the housing market prospects in the capital city, the mayor of Kiev, Vitali Klichko, suggested a collapse due to the large number of new residential projects. As per information he published last year, about 60,000 apartments in Kiev from developers are unsold and empty.”

The most likely scenario in the housing market in the current situation of overheating is a gradual deceleration, he predicted. A sudden market collapse was unlikely, he said, but as, gradually, the market saturation is realised, a sharp growth in demand should not be expected.