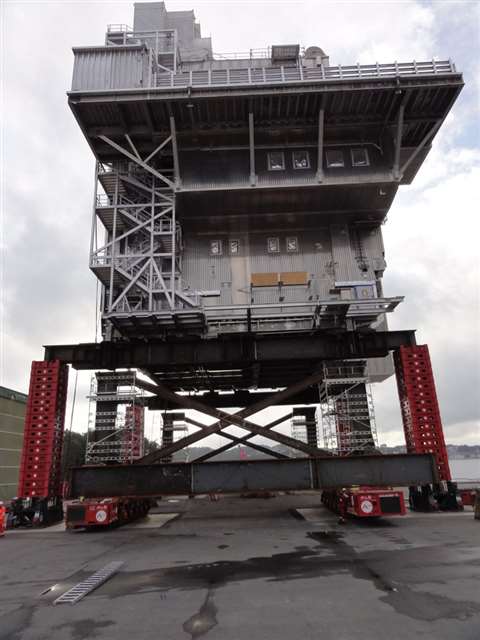 The contract was awarded to ALE by Apply Leirvik. The first 1,000 tonne module was jacked up in July and also involved using 72 axle lines of self propelled modular transporter (SPMT).

The LQ module was for the Gina Krog topside. It was the second module jacked up by ALE. The LQ was jacked to a height of approximately 12 metres to allow for the integration of the lower transport grillage. The operation took nine hours to complete.

Vytis Zygialis, ALE project engineer, said, “The overall operation went really well. We chose to use our Mega Jack 800 so the module could be safely jacked up during a short time window of just nine hours. Our clients, Apply Leirvik, were also pleased; by using this methodology and equipment it also allowed them to gain access to the module to complete construction in a quicker time than traditional jacking systems.”