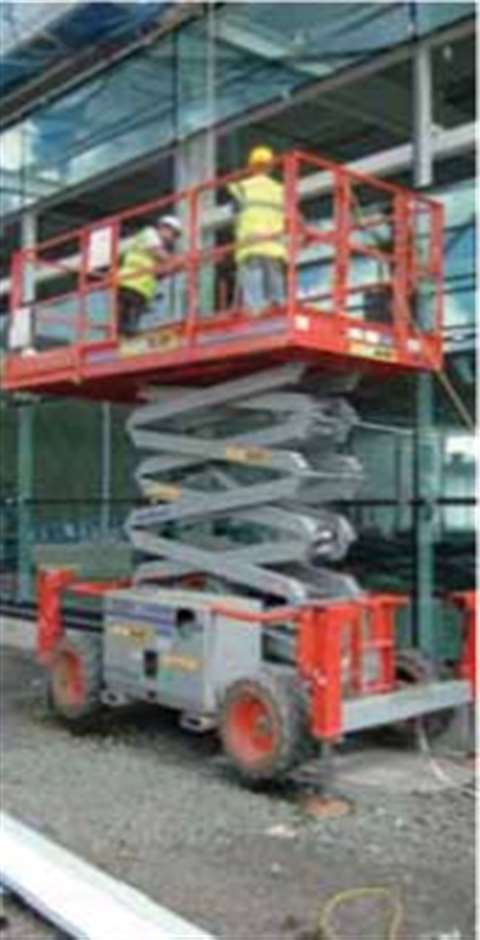 Any UK company that chooses to call itself an ‘equipment rental specialist' rather than a plant hirer is already making something of a statement. Apart from distinguishing itself from most of its competitors, it suggests an international perspective on the rental business that isn't overly common.

Keith McIvor, founder and managing director of KDM Hire in Northern Ireland – the equipment rental specialist in question – says the term ‘plant hire' never made complete sense to him; “Especially if you were hiring equipment that wasn't plant”, he tells IRN, speaking from KDM's head office in Cookstown, in the centre of the country, “I travelled to the US and Canada a lot and visited rental businesses. A lot of them had access equipment, generators – not just diggers and rollers. You didn't have to just hire plant”.

Not just doing plant hire has meant branching out into a number of specialist rental areas, each with its own division and dedicated employees. These four divisions – for cabins, powered access, toilets and power – now account for 60% of revenues, which is extraordinary when you consider that it wasn't until 1999 that the first, for cabins, was formed (see box story).

The strategy has proven very successful, and KDM, founded by Mr McIvor in 1990 after he gave up working on the family farm, has grown dramatically in the last four years: sales are up 40% so far this year, and the last three years have seen plus-25% growth. KDM now has around 70 employees.

This is partly down to the performance of the divisions, but also because of the high level of construction activity in Northern Ireland, and Belfast in particular, where 65% of the work is and where KDM opened its second depot in November 2006. “We needed to be closer to the action...it has been very successful and has opened up a larger market for us”, says Mr McIvor.

The enormous political progress on the peace process has been a big help, he says. It has also meant that the border between North and Southern Ireland is no longer the “cut-off point” that it once was – KDM has supplied equipment to the south, and Mr McIvor increasingly sees hire companies from Southern Ireland operating in the North.

The next few years, however, are likely to be a little more difficult. Mr McIvor says the residential market in Northern Ireland is likely to see a sharp downturn after years of rising property values. “It has stopped”, he says, “and I can see a 20% reversal of house prices in the next six months. Development sites are being closed down.”

Similarly, he sees retail investment slowing down, although activity overall will remain reasonable; “Growth in Northern Ireland should be steady over the next five years; the infrastructure has some catching up to do with the rest of the UK.”

At the same time, Mr McIvor says several of his larger, national competitors are growing their businesses in Northern Ireland and being aggressive on pricing; “We see them doing silly things. Rates are an issue across the board. We never set out to be the cheapest, but we have to be competitive.” (Mr McIvor mentions no names, but both Mac Rental, the-fast growing Cat Rental Store on the Island, and Speedy Hire are active in Northern Ireland.)

Price competition means that KDM, like many independents, tries to compete on the quality of its equipment and its service. It has been investing in fleet – around £3 million (€2.1 million) last year and the same this year – and there is a strong focus on offering a rapid response to customers.

“We aim to have a mechanic on site within an hour, and we try to replace the equipment immediately if we can't repair it”, says Mr McIvor, “I don't think the national players can always be as focused as the independent. I can make a decision in five minutes.”

This also means that, while many larger renters are trying to outsource ‘non-core' activities like transport or equipment repairs, KDM is doing more and more in-house. It has its own 40 vehicle transport fleet, and its own truck maintenance workshop. “It means we can control it ourselves, and react quicker”, says Mr McIvor. The goal of self-sufficiency is further illustrated by a current £100000 (€70000) investment in a new facility for repainting and refurbishing equipment.

Would opening other specialist divisions help protect the company further? Mr McIvor is wary of that; “We are always looking for new products and ideas, but I don't want to dilute the business by diversifying too much.”

He wants to avoid the trap of trying to be all things to all people, which he says can lead rental companies to stocking equipment that isn't making money. ”We will rationalise the fleet, tidy it up a little”, he says. For example, some of the more specialist pumps will be sold off, and it's possible that the excavator fleet will in future be kept to 13 t and under (it currently goes up to 20 t).

“Products that we stock, we want to do better”, he says. “We want to make sure that if we have a cabin customer or a powered access customer, we can provide all their cabins or all their powered access requirements.”

The coming years will be a challenge, and the record of growth may be difficult to sustain, but the international perspective will remain – the trips to North America are undertaken partly because he has a Canadian wife - as will his evident enthusiasm for the business; “I've always like the rental concept”, he says, “You are selling a service and a product, and you are getting your product back again.”