And the 12 months since have only served to reinforce that belief. When this year’s show gets underway in Shanghai at the end of November, it will be populated by exhibitors – particularly those from the host country – looking to put memories of economic recession firmly behind them. 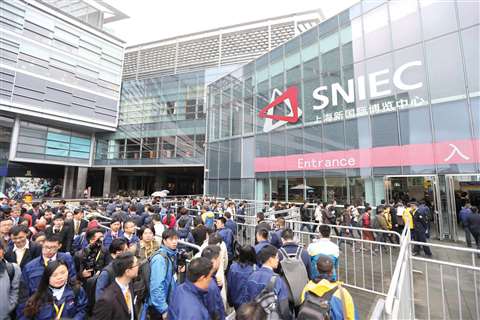 Bauma China attracted around 170,000 visitors in 2016 and a similar number is expected this time

According to the organiser, that recession lasted for five years, but from September 2016 – just before the last Bauma China, which itself attracted 170,000 visitors and close to 3,000 exhibitors – the recovery has been ongoing.

Figures from specialist industry information provider Off-Highway Research’s China Service point to sales of construction equipment in the country of more than 325,000 units this year.

The One Belt, One Road infrastructure project has played a key role in the rising sales of construction equipment in China.

The excavator and wheeled loader sectors are the main drivers, and sales growth has been particularly brisk in the first half of the year.

Wheeled loaders have traditionally been the highest volume machines in China, but last year crawler excavators outsold them for the first time.

That gap is expected to widen further this year, with nearly 140,000 crawler excavator sales against 83,000 wheeled loaders. This year is also seeing strong growth for crawler dozer, mini excavator and mobile crane sales in China.

New infrastructure projects which were launched in 2016 and 2017 are the key drivers for growth, many of which fall under the auspices of One Belt, One Road initiative. The real estate market has also been a positive influence on equipment sales. 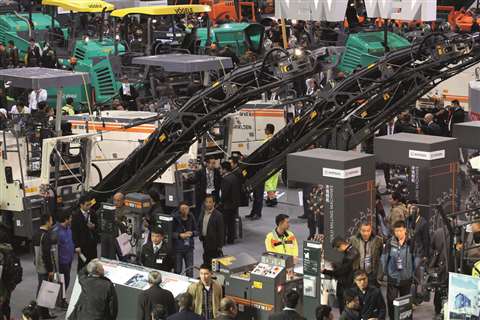 This is reflected in exhibitor registrations for Bauma China 2018. Six months ahead of the show opening, 2,200 companies were already signed up – 300 more than at the same stage of 2016 – with Caterpillar exhibiting for the first time since 2012. Other well-known names including Liebherr, Volvo and Wirtgen will also be present.

Among the exhibitors will be the KHL Group – as well as having a stand at Bauma China we are hosting the International Rental Conference Asia in the Sheraton Grand Pudong, just 15 minutes away from the Bauma China venue, on November 26, the day before the start of Bauma China.

As a multi-functional venue, SNIEC has all the facilities and services of a modern trade-fair centre. Since it officially opened in 2001, it has welcomed more than three million guests and hosts around 80 exhibitions each year.

This article is taken from the September-October 2018 issue of Demolition & Recycling International. To receive the magazine on a regular basis, please go to www.khl.com/subscriptions