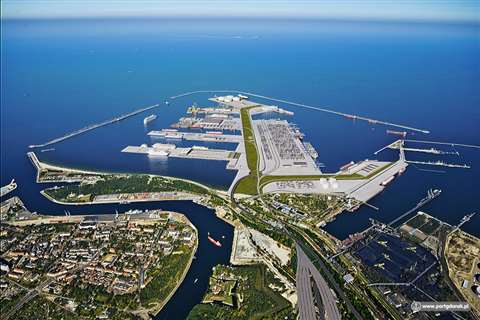 A maritime and business delegation from Poland has travelled to Singapore to present investment opportunities, in what has been called Europe’s biggest maritime investment project.

The Port of Gdansk, located at the southern edge of the Baltic Sea, will see an investment of €2.8 billion for the creation of its new Central Port. The expansion is intended to double the amount of cargo coming through it from around 50 million to 100 million tonnes per year.

The Polish delegation to Singapore was led by the Port of Gdansk Authority and aimed to improve bilateral trade between the two countries. The delegate party included representatives from DCT Gdansk, PSA International and Poland’s Minister for Maritime Economy, Marek Grobarczyk.

Singapore-based global ports group, PSA International, organised seminars and presentations about the Central Port Project in partnership with the Polish Development Fund and the IFM Global Infrastructure Fund, which were attended by the Singapore government.

According to PortTechnology, Lukasz Greinke, the CEO of the Port of Gdansk Authority CEO, said, “We are the only port on the Baltic capable of receiving direct calls from Asia, including the biggest ships in the world.

“We have unrestricted sea access through-out the year and we are proving our reliability as a trading partner with major shipping lines in Asia. We have regular calls from Ocean Alliance, 2M as well as offering short-sea connections to key trading areas like Scandinavia and the UK with Maersk, MSC, CMA, Cosco and many more.”

The new Central Port will include two container terminals - an offshore terminal, an LNG terminal and space for both a shipyard and passenger ships. A total of nine terminals will be constructed, along with four turning areas and three approach fairways.

Development of the Central Port concept was the work of a consortium made up of Projmors Biuro Projektow Budownictwa Morskiego and Mosty Gdansk companies.

In a statement released earlier this year about the project, Marcin Osowski, Vice-President of the Board and Director of Infrastructure at the Port of Gdansk Authority, said, “We intend to build 19 km of operational quays and 8.5 km of breakwaters. We have planned a three-stage construction of the Central Port.”

Two scientific institutes, around 60 different specialist and 10 companies are worked on the project so far.