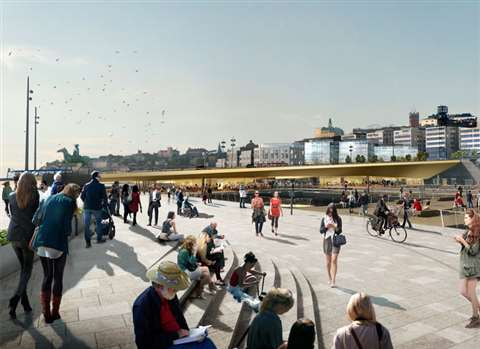 An artist's impression of Slussen, Stockholm, after the regeneration of the area

In Sweden, Skanska has been chosen for the two largest projects in the reconstruction of the Slussen area of central Stockholm.

Selected by the City of Stockholm, Skanska will work on contracts that are worth about SEK1.2 billion (€126.12 million) and SEK750 million (€78.86 million). The company said the total amount would be included in order bookings for Skanska Sweden for the third quarter of 2015.

Construction work is due to start in the summer of 2016, with expected completion in 2022.

Skanska Sweden claims to be one of Sweden’s largest construction companies, with operations in building and civil-engineering construction. Revenue in 2014 amounted to approximately SEK30 billion (€3.15 billion).