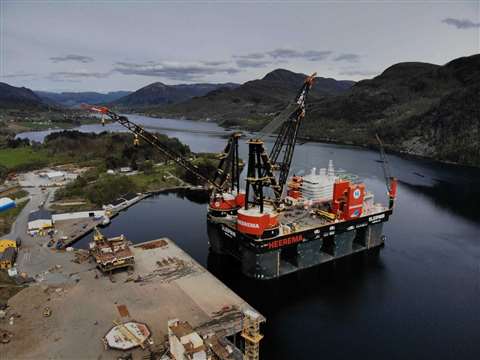 Until now the world’s largest offshore lifting vessel has been used for installation work. Towards the end of its first year in operation the 20,000 tonne capacity SSCV Sleipnir has now completed the decommissioning of the Ekofisk 2/4A platform from the Greater Ekofisk Field in the North Sea off the coast of Norway.

It was the completion of a circle in that Heerema used its Champion vessel to install the same modules for ConocoPhillips in the Greater Ekofisk Field in the 1970s. Almost fifty years later Sleipnir completed the journey with the decommissioning.

The permanent production platform was the oldest on the Norwegian shelf when oil production ended in 2013. Up to 99 per cent of the platform will be recycled at the AFEBV decommissioning site in Vats, Norway. 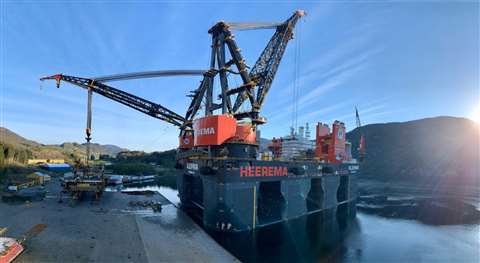 Sleipnir performing a load out on the Ekofisk decommissioning project

Heerema was responsible for engineering, preparation, removal, disposal and recycling of five modules, a crane boom, and a burner boom from the Greater Ekofisk Field. It has also developed a subsea excavator to prepare the jacket for removal later this year, also using Sleipnir.

SembCorp Marine in Singapore finished building the 20,000 tonne capacity SSCV Sleipnir for Heerema Marine Contractors in 2019. The world record-breaking crane ship had been christened by June and was on its way. It is 220 metres long by 102 metres wide and carries a pair of turret cranes each rated to lift 10,000 tonnes, which can work in tandem or individually. 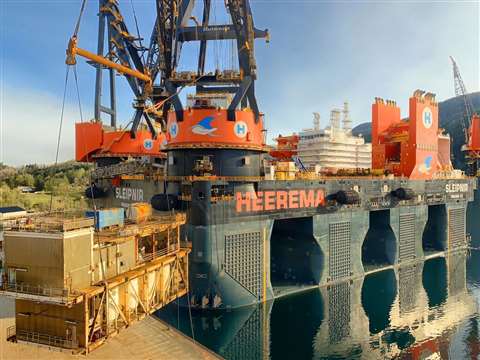 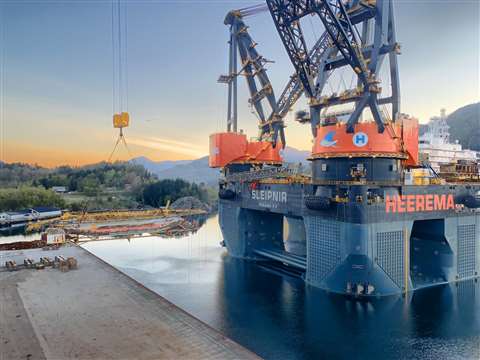 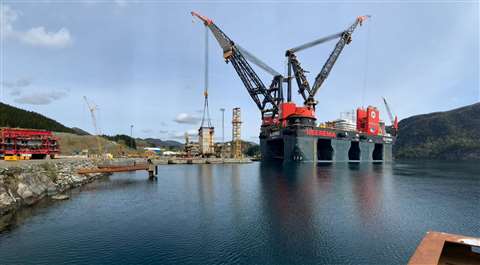