Sorting out the metal 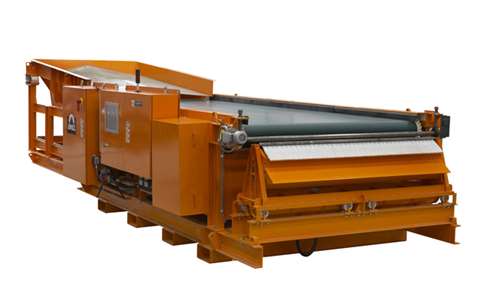 The ProSort metal separator is new from Eriez Magnetics Europe

The Eriez ProSort makes use of a series of two-inch wide electromagnetic motorised paddles to reject metals from the waste stream instead of more traditional air nozzles. The paddles are positioned side-by-side in a bank as wide as the belts, and when sensors detect a piece of metal, the control circuit energises the appropriate paddle at the moment the metal passes above, causing it to be diverted from the wste stream.

Recycling centres traditionally install metal sorters downstream of Eddy Current Separators to capture valauble metals that might otherwise end up in a landfill.