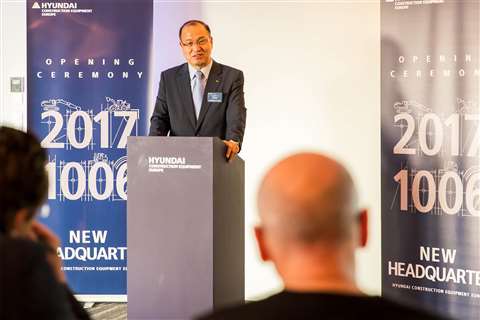 The company – which officially opened the Tessenderlo, Belgium, facility earlier this month – invested €30 million (US$35.3 million) in the building as part of its goal to make the global top five by 2023.

And managing director Alain Worp believes the market will have to take note of recent developments at the newly independent HCEE, which was spun off from Hyundai Heavy Industries six months ago.

“The new facility is an excellent step forward for our European division,” he said.

“After becoming an independent business unit earlier this year, the rebranding of the company and the definition of our global vision, this is a clear indication that things are moving fast within Hyundai Construction Equipment.