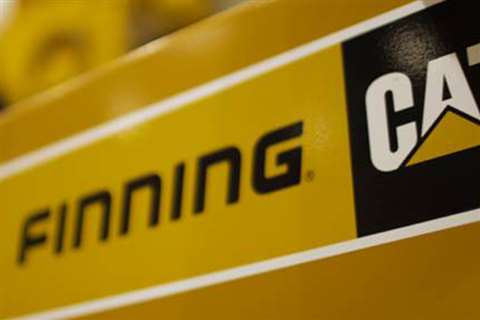 The Canadian distributor for Caterpillar equipment also reported an earnings before interest, taxes, depreciation and amortization (EBITDA) increase of 143% compared to the fourth quarter of 2016, to CA$157 million (€101.4 million). Full-year EBITDA grew 63%, to CA$583 million (€377 million).

Rental revenues in Canada were up 14% for the quarter, which Finning said reflected stronger activity in the construction market. Full-year rental revenues stood at CA$228 million (€147.3 million) – an increase of 1%, with the global fourth-quarter rental revenues growing 7%.

Sales were also up in South America by 10%, said to be the highest quarterly product support revenues over the last two years, while the UK and Ireland yielded a 22% increase.

Scott Thomson, president and CEO of Finning, said, “In 2017, we delivered significantly improved financial performance, driven by strong operating leverage and capital discipline. I am pleased with our ability to control costs and improve working capital efficiencies as we continue to capitalise on strengthening market activity and support our customers in a highly competitive environment.

Thomson added that, moving forward, the company expected current momentum to continue in 2018.