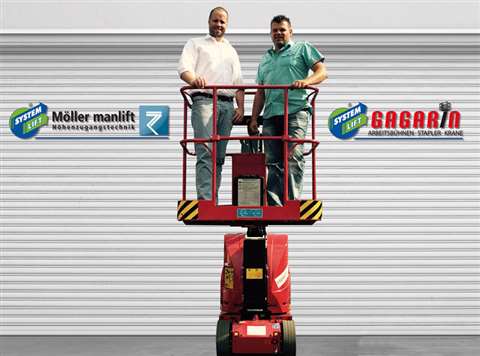 Rental partnership organisation AVS System Lift has increased its membership with four AWP new companies: two in Germany, one in Italy and the fourth in Liechtenstein.

The new partners are Möller Manlift in the Würzburg region and Gagaria in the Aschaffenburg Frankfurt area of Germany. In addition, Bigman joins from Südtirol, northern Italy, along with Schneider Lifts in Liechtenstein.

Lift Systems’ biggest network is in its home country of Germany and has more than 70 partnerships in 80 locations in Austria, Romania, Italy, Liechtenstein, the Netherlands, Switzerland and Turkey. Between them the companies have a fleet of AWPs of 10100 units.