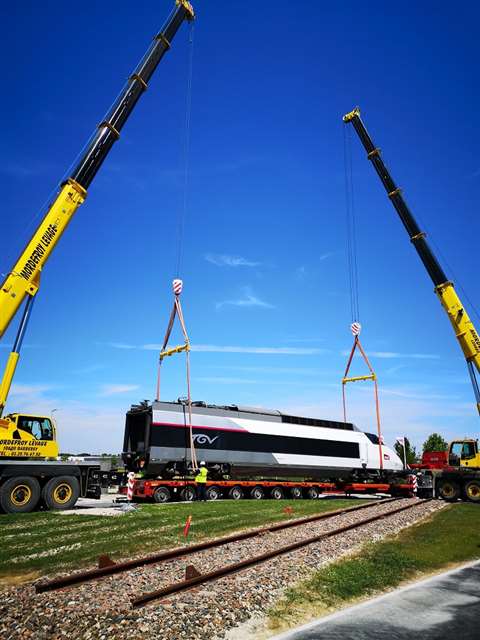 The company used a Demag AC 100-4L and a Demag AC 140 to perform a tandem lift operation, which saw the locomotive delivered to the new Technicentre SNCF maintenance facility.

The 22 metre long train, which was transported to the delivery site by road, had to be unloaded from a lowbed trailer and installed on railway tracks at the facility.

Together the cranes hoisted the TGV 12 metres into the air and, in a synchronised manoeuvre, positioned it precisely over the tracks before lowering it into place. The entire operation was completed in eight hours.

Patrick Mordefroy, general manager at Mordefroy, said, “The two Demag cranes had more than the performance characteristics required for this job, not to mention that they work like a charm together, so it was only natural for us to use them.”

He added, “We owed a lot of it to the reliability and unrivalled performance characteristics of our two Demag cranes, which is why we really consider them to be an invaluable part of our fleet.”