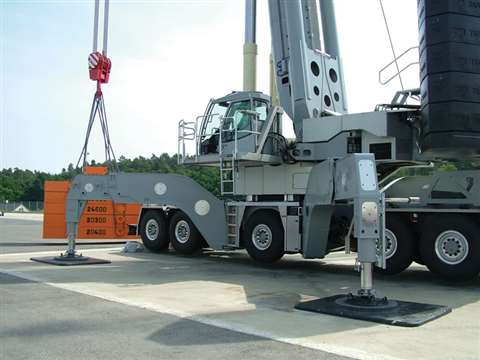 The company attributed the reduced growth to a downturn in exports, lack of growth in production and capital investment. While the US economy grew and Europe showed signs of recovery, emerging markets slowed. The slowdown in China, geopolitical risks and the falling oil price all contributed to a growing sense of uncertainty, Tadano said.

While demand for cranes during the nine month period grew in Europe and the Middle East it fell in the Americas, giving a decline of 0.4 % overall outside Japan. Export sales, at 51.9 % of the total, were JPY 77,748 million ($ 643 million). Sales in Japan were up 7.3 % to JPY 71,999 million ($ 596 million) for mobile cranes and aerial work platforms but loader crane sales were down. Tadano forecasts that exports will come down further, to 50 % of the total.