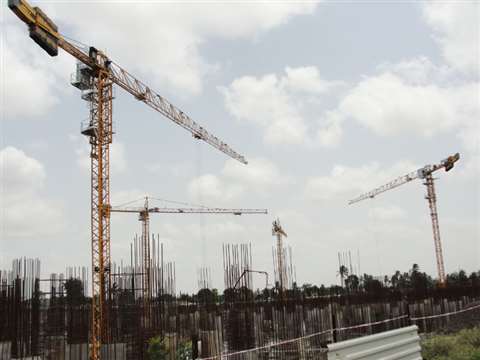 The MCT 85 has a 5 tonne capacity, a 52 metre maximum jib length and can lift 1.1 tonnes at the jib end. The two new units have been put to work on the DSK Dream City development in Pune, India. The development will have apartment blocks, leisure facilities and a five-star hotel.

Amjad Shamsi, Talib & Shamsi Constructions managing director, said, “Before 2007 we used no cranes for our construction projects because we could rely on a ready supply of labour and buildings were generally under 100 metres. But as building heights rose and demands on contractors increased, we saw the benefits of tower cranes. We knew the reputation of Potain cranes even before we purchased our first unit and we’ve been very pleased with them ever since.”

Shamsi continued, “It has a longer jib and the assembly time is faster, so it has benefits over its predecessor, the MCi 85 A. We also like the fact that Manitowoc has a local factory and the price is very competitive.”