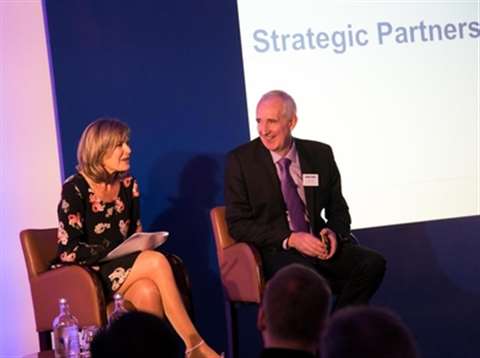 Further development of technology will improve the productivity of the UK construction industry, according to 96% of those surveyed in a recent research project from UK-based contractor Balfour Beatty.

The research into the views of its UK supply chain partners has been published under the title of Chain Reactions: A View from Balfour Beatty’s Key Suppliers.

Speaking at the company’s first annual supply chain partner event in London, Balfour Beatty group CEO Leo Quinn said, “Our supply chain is much more than a group of individual sub-contractors and suppliers – it is a key part of our business, core to our own performance and reputation as a company.

“We aim to build strong, long-term partnerships with these companies, based on shared values, to help us deliver excellence to our customers. Working in partnership means we can, together, constantly improve quality, efficiency and safety.”

Balfour Beatty said its latest paper brought together feedback from discussions with its supply chain partners, and data and analysis from an online survey of 80 of the companies it works with.

The research, carried out by market research company ComRes, a revealed that 96% of those surveyed agreed that further development of technology would improve the productivity of the UK construction industry.

Skills shortages were shown to continue to have a significant impact on the financial health of the company’s supply chain partners. Only half of those surveyed (51%) agreed that there was currently enough being invested in skills across the sector.

Meanwhile, 83% of those surveyed agreed that the industry was committed to diversity and inclusion. Then 85% said that their business was up to date with the latest opportunities in the construction pipeline, although many suggested more information was required to allow them to capitalise on these opportunities fully.

The survey revealed that 95% considered that the industry was committed to high health and safety standards, and 81% said that Balfour Beatty was leading on this.

Also, 86% of those surveyed said they were aware of the actions they would need to take to address the problem of modern slavery in the workplace.

Record increases in raw materials costs were felt to be having an impact on profitability, and 86% of the companies surveyed were making provisions for Brexit (the UK’s decision to leave the European Union).

It has called for its supply chain partners to become members of The 5% Club, a UK employer-led initiative focused on creating momentum behind the recruitment of apprentices and graduates into the workforce.

In another initiative, it has set up an Innovation Gateway tool that allows suppliers to put forward innovative ideas relating to products, materials and services, with a feedback process in place that keeps suppliers informed, to encourage, generate and share new ideas.