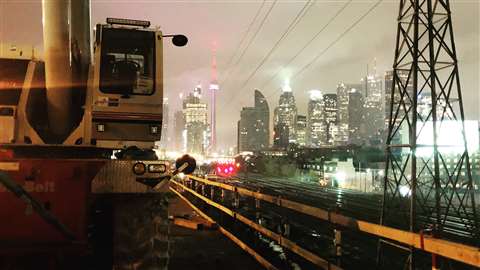 Aecon is working on the project 24/7. For this reason it says the good sight lines provided by the two Link-Belt RTC-80160 Series II rough terrain cranes it is using are important

The job involves the complete replacement of steel girders and concrete for existing on-ramps and the installation of road decking. Aecon is utilising bridge building techniques (like pre-fabrication) to accelerate construction and lessen noise and environmental impact. Poured-in-place deck panels are being built on-site in quality- and climate-controlled canopies. Approximately 400 sections of deck panel will be constructed and lifted into place. 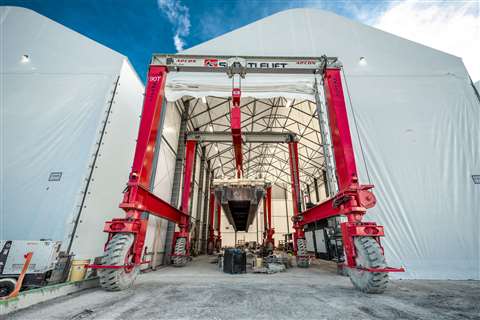 In order to remove the existing steel and concrete expressway deck sections and replace with new fabricated deck panels Aecon is using two of its 145 tonne Link-Belt RTC-80160 Series II rough terrain cranes which lift the new panels into position in tandem. The new concrete deck panels being lifted weigh between 45 to 100 tonnes and span 20 to 42 metres.

Aecon says reasons why it selected the Link-Belt RTC-80160s for the work include their agility, manoeuvrability and ability to turn under a small footprint. Their easy setup, compact yet sturdy nature and good sight lines, particularly for early morning and overnight work were also cited by Aecon. This is important as Aecon is working on the project on a 24/7 basis to reduce the length of construction. In roughly 8 months, the contractor has logged 1,200 hours on both RTC-80160 Series II. The project is expected for completion in 2021. 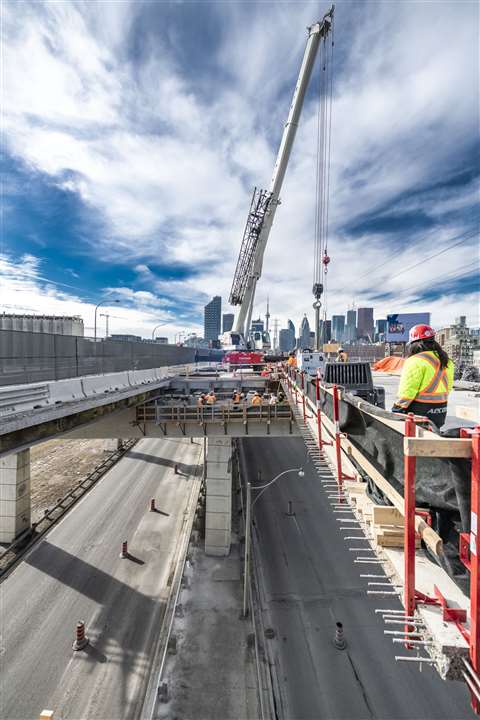 The total cost of the project is $248 million 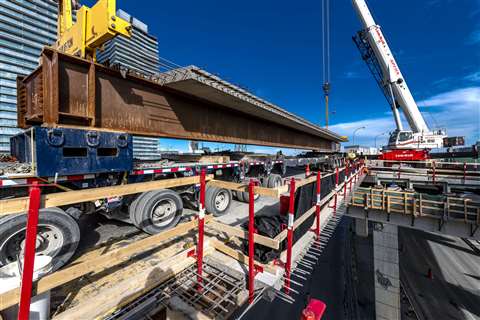 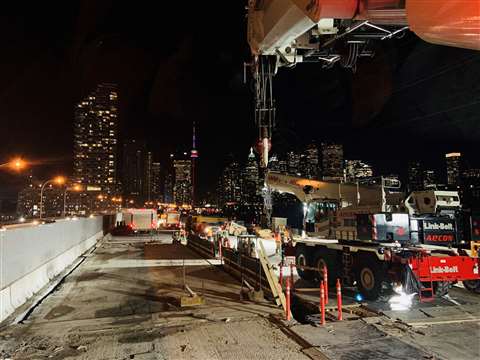 Their agility, manoeuvrability and ability to turn under a small footprint were some of the reasons Aecon gave for using the Link-Belt RTC-80160s 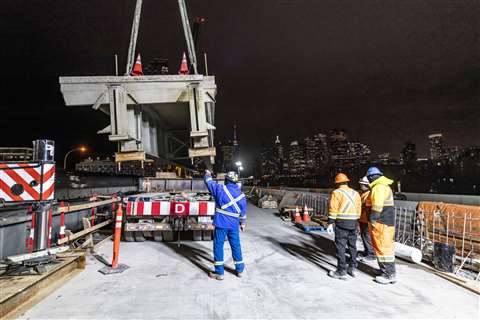 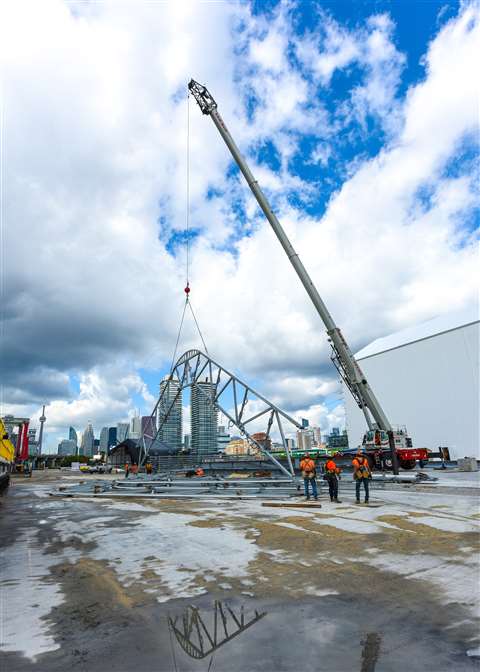 The project is expected to be completed in 2021