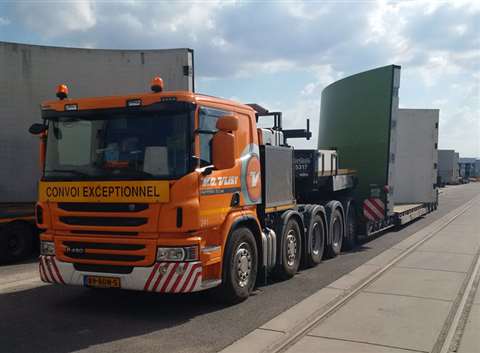 Transport company Van der Vlist helped move sections of a 97 metre high windmill through the Moerdijk terminal in the Netherlands.

The sections were lifted on the quay using Van der Vlist’s mobile crane and loaded onto trucks, ready to be transported to Neer, close to the German border.

The blades, which weighed 11 tonnes, the 35 tonne nacelle and the 67 tonne generator were transported to the site a week later.