German crane rental company Kran Saller used two Liebherr cranes to carry out an awkward tandem night hoist of a 61 tonne pedestrian bridge in Munich-Solln. The bride was being lifted into position over a railway track and required the two all terrain cranes, an LTM 1750-9.1 and an LTM 1400/1, to be in close proximity to each other. At one point during the tandem lift there was just 20 cm between the telescopic boom of the LTM 1750-9.1 and the ropes on the telescope guying of the LTM 1400/1. 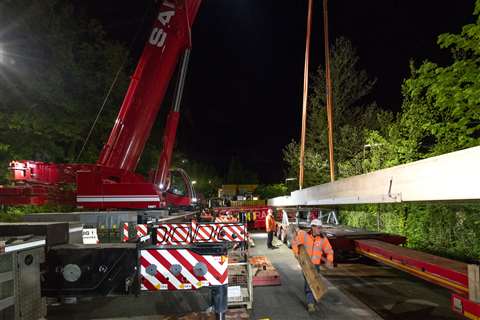 The two cranes had to be set up so closely because they both had to work from a nearby road bridge which was the only structure in the vicinity that could support the ground pressures they generated.

To lift the bridge the LTM 1750-9.1 had to reach over the smaller crane and its boom. For this it was set up with a 35-metre luffing jib and its telescopic boom was extended to almost 40 metres for the hoist.

Speed was important as the railway and road had been closed for the job. The lift itself took one hour. As soon as the load had been detached the cranes packed up and by the time dawn broke they were on their way back to the company’s headquarters in Deggendorf. 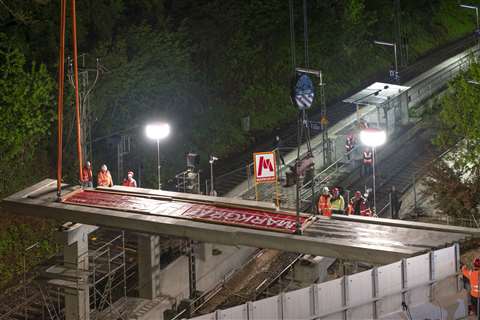 The hoist itself took just one hour. Speed was important due to the closure of the railway and road 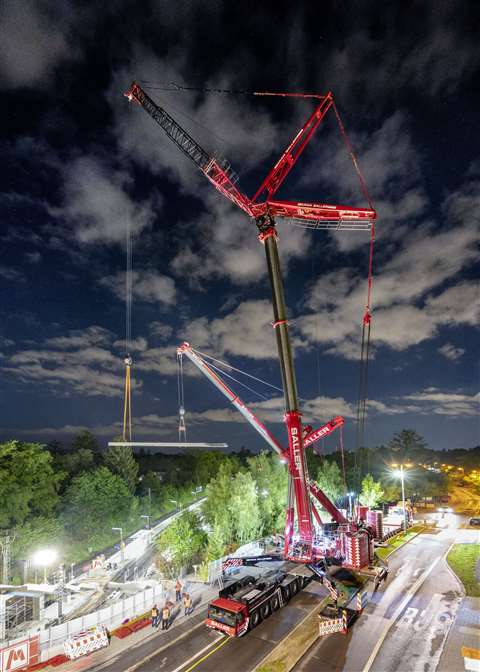 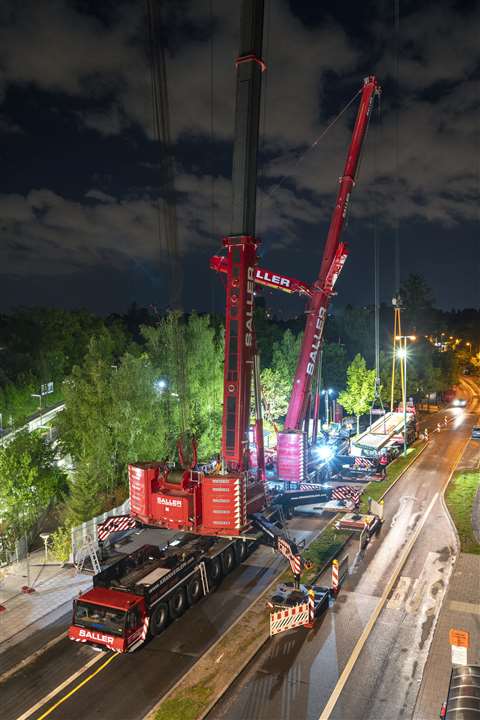 The LTM 1750-9.1 was set up with a 35-metre luffing jib and its telescopic boom was extended to almost 40 metres 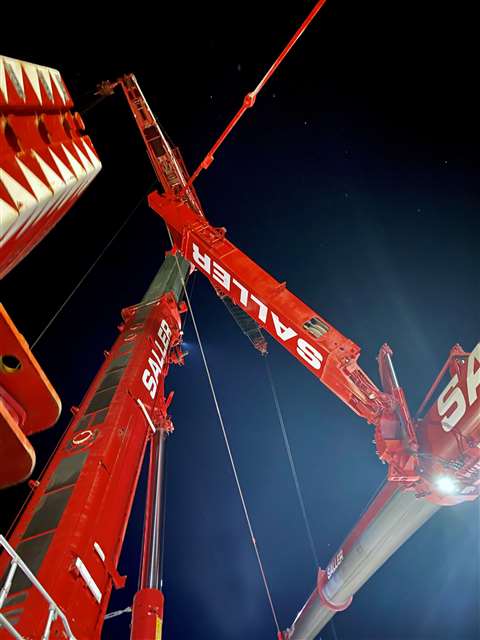