More details have been released regarding President Trump’s infrastructure plan, following on from his State of the Union address where he called for, “at least $1.5 trillion” in infrastructure investment. 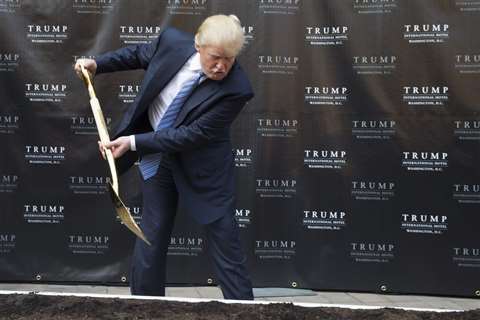 From back when he was campaigning to be President, Trump has repeatedly promised infrastructure spending

The White House have released a 55-page legislative outline in which they propose that $200 billion from the federal government is spent on roads, ports, airports and highways. The document states that this will stimulate another $1.3 trillion from US States and the private sector.

The plan calls for $50 billion of public funding dedicated to modernising infrastructure in rural areas, $100 billion for an incentives programme and $20 billion in loans and bonds to finance projects including transportation and water.

Critics of the plan point to its reliance on generating private funding, and there are fears that if infrastructure projects such as new roads are built they will have a large toll on them.

The bill also outlines steps for dramatically speeding up the environmental permitting process.

“We built the Empire State Building in just one year,” Trump said during his State of the Union address. “Isn’t it a disgrace that it can now take ten years just to get a minor permit approved for the building of a simple road?”