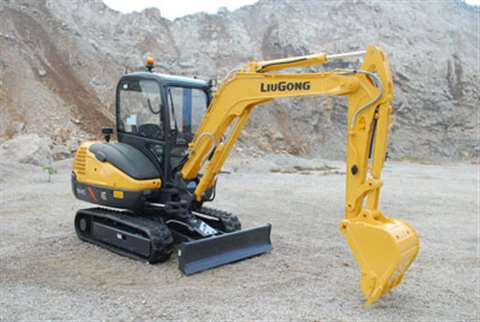 The Turkish government has highlighted Liugong's 904CIII mini excavator as the machine of choice for a tree-planting project. The government's State Supply Office has written the specifications of the machine into the bid guidelines for the scheme.

Liugong says the decision is likely to result in sales of up to 50 Liugong machines per year through its Turkish dealer Uygunlar. Indeed, it was Uygunlar that sold the first Liugong machines onto the nationwide, government-sponsored tree-planting project, which is designed to control soil erosion. Contractor Buryap Ozbey won the contract for this work in the City of Bursa and used five Liugong machines in a pilot scheme.

According to Liugong the 4 tonne class 904CIII combines power, nimbleness and a compact profile with strength to handle jobs in the tightest of spots. Improvements to the hydraulic system have led to a +15% increase in the machine's handling capacity compared to the previous model, while fuel consumption has been reduced by -10%.