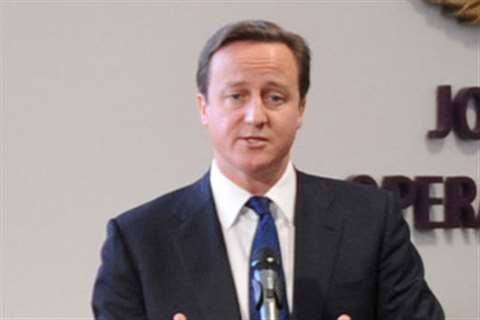 In his speech, Mr Cameron was at pains to stress that the Spending Review - the government's first attempt to curb public spending since it came to power in May - had seen capital spending on transport increased.

"In the Budget, you saw the first parts of this plan, as we did not reduce capital spending compared to the last government's figures. Last week, in the Spending Review, we went further, and announced an additional UK£ 8,6 billion (€ 9,77 billion) over the next four years for capital spending. Indeed, even in these constrained times, we will invest over UK£ 30 billion (€ 34,1 billion) in transport projects over the next four years - which is more than was invested during the past four years," he said.

There is a strong focus on rail projects in the infrastructure plan, with the government reaffirming its commitment to schemes like the east-west Crossrail rail project in London, the proposed London to Birmingham high-speed rail link and improvements to both the East and West Coast mainlines. However, Mr Cameron also singled out the Mersey Gateway scheme to build a 2,3 km toll bridge over Liverpool's River Mersey.

In addition to transport, the UK£ 200 billion (€ 227 billion) Infrastructure Plan will touch on energy and telecommunications networks. "We'll work with utility companies to get more investment in our energy, with construction companies on our roads, with the telecommunications industry on broadband," said Mr Cameron.