UK-based haulage and aggregates specialist Fox Brothers has acquired Clive Hurt Plant Hire in a multi-million-pound deal. The exact value has not been disclosed. 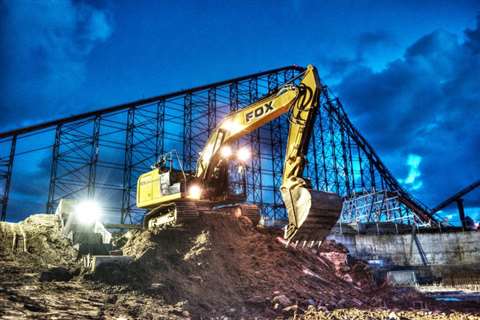 The combined company has a fleet of about 400 construction machines, as well as 150 haulage trucks

Clive Hurt Plant Hire, established in 1971, is a leading suppliers of rented equipment throughout the North West of England, Greater Manchester and North Wales.

The acquisition creates a combined business with an annual turnover of almost £50 million and approximately 320 employees.

It will have a combined fleet of 150 haulage trucks – 70 from Fox Brothers and 80 from Clive Hurt – as well as a fleet of about 400 construction machines.

Paul Fox, Group MD of Fox Brothers, said the acquisition will be a catalyst for future growth and create significant opportunities to compete for larger projects in terms of scale, scope and complexity, as well as expanding the group’s geographical coverage.

The acquisition will also significantly enhance the combined group’s buying power for things such as haulage trucks, equipment, fuel and aggregates.

Fox Brothers and Clive Hurt Plant Hire will continue under their existing brands, and day-to-day operations will be carried out from their respective locations.

Fox said this acquisition was an opportunity to unlock the potential of both businesses by bringing together the skillsets of the two companies.

“We will be one of the main providers of earthworks and aggregates transport in the North West, and we will be able to provide a ‘one-stop shop’ solution for housebuilders, infrastructure, construction and civil contractors.”

He added, “Fox is a data-driven business with fleet optimisation at the core of our operations. There is significant growth potential for the group by improving efficiencies across the whole fleet.”

Looking ahead, Fox said the group plans to continue growing organically and through selective acquisitions.