UK and Irish construction under threat 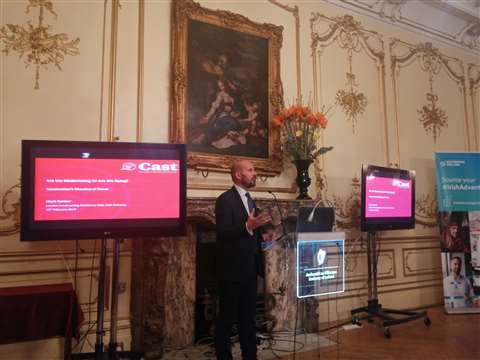 A potential crisis is said to be threatening the UK and Irish construction industries, and with the current concerns over the shortage of skilled workers, it is argued that radical changes need to be made.

Speaking at an event at the Embassy of Ireland in London, Mark Farmer, CEO of Cast real estate consultancy, said, ‘the platform is on fire’ and warned that complacency was not an option for construction firms that wanted to survive.

Farmer said that the industry was still beset by outdated practices, and an inability to address external factors it can’t control. An ‘unholy trinity’ of trends with the potential for a serious crisis in the industry – an ageing workforce, a lack of attraction for new entrants, and geopolitical factors like Brexit – posed a serious threat to the industry.

“We’ve had lots of clarion calls for change in the last 30, 40, 50 years, but we’ve never really had an alignment of these three things.

“More people will be projected to retire from the industry than enter it; the prospect of tariffs and diminishing free movement of labour; and in London around 25% of workers are from EU countries, with up to 70 to 80% of EU workers on some building sites.

“The young people of today do not see construction as an aspirational career – they see it as dirty and low tech.”

He went on to say that professional roles will also become redundant, and entirely new skillsets will replace them.

He went on to discuss the adoption of Building Information Modelling (BIM) as a digital tool for planning and building in the industry, but said that too often it didn’t translate into efficient building on the site.

“The bottom line here continues to be that we need to design differently, procure differently and build differently,”. He said that he believed the industry had woken up, “Everyone is on the same page with the resourcing crisis around skills. Industry and government are recognising that we have a structural change in skills – that’s creating debate which is necessary for change.”

The event was hosted by Enterprise Ireland, the Irish government’s trade and innovation agency.