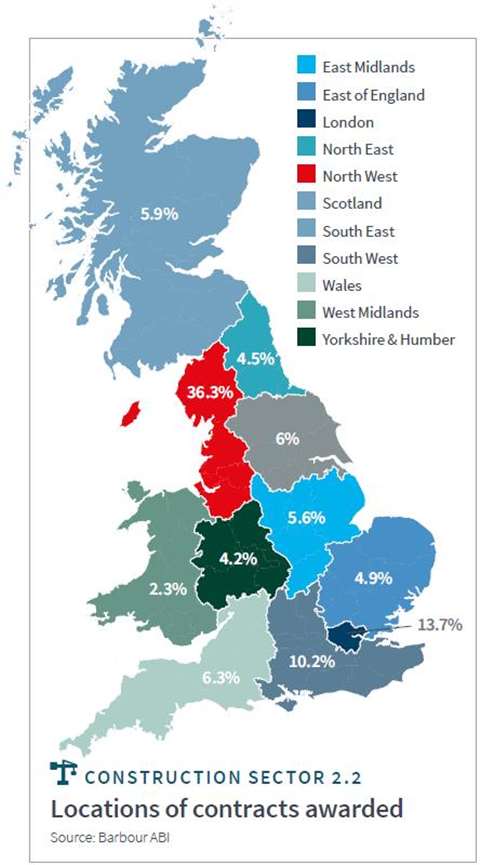 The latest edition of Barbour ABI’s Economic & Construction Market Review showed a 5.5% increase in the value of construction contracts awarded from May to June 2019 in the UK.

A total of £5.2 billion (€5.7 billion) worth of construction contracts were awarded in June, based on a three-month rolling average. The figures showed that the infrastructure sector had the largest share at 37.2% due to the SPRS Construction Programme at the Sellafield Site – valued at £1.5 billion (€1.6 billion). The second largest sector was residential with 33.1% - down from 42.3% in May.

The industry and analysis company said the dominating position of the two leading sectors (infrastructure and residential) in June meant that all other construction industry sectors had a share of less than 10% of the value of contract awards.

According to the review, construction activity for June had a more even spread of contract awards across the UK.

London dominated in only two of the eight sectors with a 26.3% share in residential market and a 23.7% in the commercial & retail areas, while the East Midlands region dominated the industrial sector, largely due to investment in warehousing and storage.

The South West took the top spot for hotel, leisure & sport and Scotland boasted the lion’s share of projects in the medical & health and education sectors.