US$500 million to reduce Mumbai’s congestion 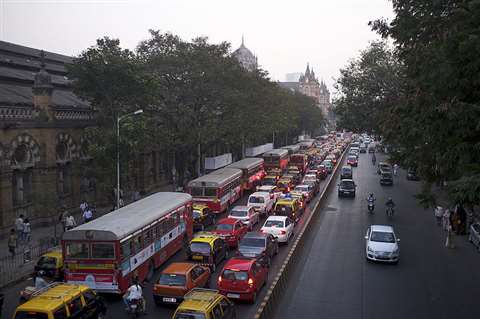 Congestion in Mumbai is a genuine problem

A loan of US$500 million granted to the government of India is expected to fast-track work on Mumbai’s suburban railway network, improving the safety and daily commute of millions of passengers across the city.

A Traffic Index-2018 report compiled by TomTom ranked Mumbai as the most congested city in the world, with commuters spending an average of 65% extra travel time stuck in traffic.

The funds will contribute to a quadrupling of Virar-Dahanu Road corridor (64km) to provide an extension of the suburban railway service to connect peripheral areas with Mumbai.

The project will also see the construction of a new suburban railway corridor of 28km between Panvel and Karjat to cater to commuters in the area which is experiencing rapid urbanisation and population growth.

Additionally, there will be an installation of control measures on 36 priority sections of existing lines to reduce fatal accidents. These measures include track segregation by fencing or using reinforced concrete walls and pedestrian crossings over or under the tracks.

Rail is the primary means of transport in Mumbai, where the suburban network totals almost 400km and carries more than 7.5 million passengers a day.

“Over the past four years, AIIB’s investments in India have grown exponentially,” said AIIB vice president and chief investment officer, D.J. Pandian. “AIIB will continue aligning its commitments with the government’s priorities, with the Bank serving as a catalyst to India’s continued development.”

As part of its firm commitment to financing sustainable infrastructure, the Bank also approved a loan of US$75 million to Tata Cleantech Capital Limite, a financier of renewable energy in India.

The total value of AIIB investment in India is now reported to be US$2.9 billion since the AIIB began operations in January 2016.