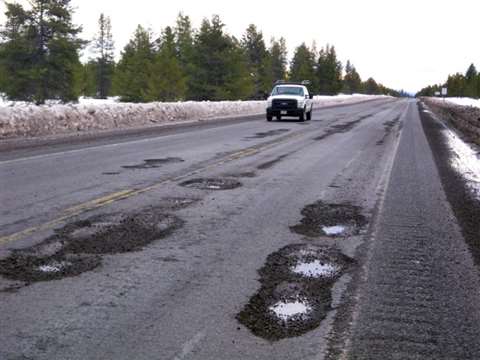 US infrastructure spending in the second quarter of 2017 was recorded at 1.4% of the nation’s economic output, the lowest level since records began, according to Census Bureau data.

Despite promises to invest in infrastructure, federal funding and spending on transportation and other public works were said to have stagnated, along with state and local government spending.

In West Virginia for instance, where President Trump recently spoke of his US$1 trillion infrastructure plan, public works spending has fallen for five consecutive years.

In 34 states, spending on government construction projects – once adjusted for inflation – was lower last year than in 2007, and the trend has continued into this year, with public construction spending in June 2017 9.5% lower than in June 2016.

While state and local governments have cut back most sharply on new construction projects, it remains the case that the nation’s existing infrastructure is continuing to age and deteriorate.

The age of an average road surface in the US was found to be 28 years. Roads are the largest category of public works, accounting for about one third of annual public works spending, and are financed primarily by the federal tax on fuel. However, this tax is not indexed to inflation and has not been raised since 1993.

Schools, power plants and airports have also been ageing.

Although the slower population growth in the US has eased the pressure on demand for new construction, it has also meant there are fewer tax dollars available for repairs.

Another challenge is the shortage of skilled workers, with jobs in highway construction 2.6% below the pre-recession level.

Deterioration of the country’s infrastructure has raised widespread concern about safety, quality of life and the impact on economic growth. Although this has prompted politicians from both political parties to declare the issue a priority, there was said to be no sign of a solution.

On a positive note, total construction spending has climbed above the pre-recession peak, due to stronger activity in the private sector, particularly in commercial construction.