As the equipment in a rental fleet ages and customer demands change in response to new legislation, the fleet must be updated. But what happens with the old construction equipment? 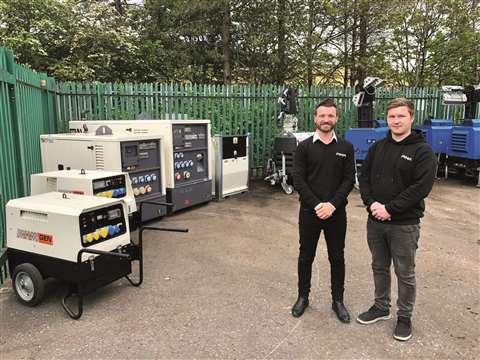 Sidney Metz, International Account Manager of Equipment Sales, told International Rental News (IRN) that it is not simply a matter of supplying the used equipment Riwal already has but also offering other equipment based on an understanding of what customers want; “We try to source machines with input from local people.”

He added, “So that’s the main strategy – not to just put used machines on the market but also listen to the local sales people because the need for machines can be different in Spain, for example, than in Poland.”

Indeed, Metz also made the point that rental companies in the Netherlands, to take another example, primarily buy new equipment, whereas the demand for used equipment is higher among rental companies in Poland. Machines generally move further away from Europe as they age.

UK-based MHM Plant also has a three-pronged approach, offering customers the choice of buying either new or quality used equipment, or re-renting. The company’s national re-rental facility is available only to rental firms, not end users.

MHM’s entire range of machines, including ex-rental, are available for purchase. The firm’s Used Equipment Sales Manager, Anthony Morris, is responsible for marketing the used equipment and he does so through various online and social media channels, as well as by more traditional methods such as mailshots and face-to-face sales.

Morris said, “Our intention is to keep our rental fleet as modern as possible and then offer them for sale whilst they are still in relatively good condition.”

With some older machines, MHM prefers to target overseas clients or make them available for auction.

How construction equipment is recycled

Loxam often sells decommissioned machines through auction houses such as Ritchie Bros and Euro Auctions too, in order to reach a wide audience. However, the company also has another outlet.

Thierry Lahuppe, Equipment Director at Loxam, told IRN, “As part of its innovation drive, Loxam has a long tradition of channelling resources into an Equipment Recycling Centre, designed and tailored to get the most out of decommissioned machinery at the end of its useful life.”

The centre was created 40 years ago and now has a platform called Pideo, which provides Loxam branches with an online catalogue listing all the spare parts available from the centre.

“At the end of their useful lives, approximately 250 large machines and 450 small items of equipment are recovered and taken apart following stringent procedures – depollution and recycling of all waste,” said Lahuppe. This allows hundreds of parts in good working order to be recovered. 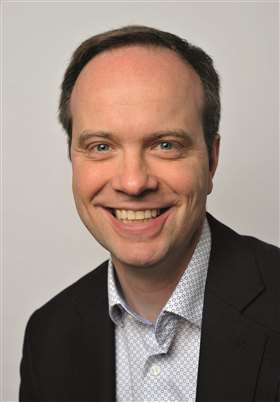 In the case of Caterpillar’s German rental outfit Zeppelin Rental, it continuously rolls out Caterpillar machines to its sister company Zeppelin Baumaschinen to be sold on. Through this mechanism, “Zeppelin Rental can adjust its fleet size and adopt new technologies accordingly,” says Sebestyen Martin, Head of Rental and Fleet Management at Zeppelin Rental.

When it comes to non-Caterpillar equipment, on the whole it is sold either directly to customers in connection with long-term rentals, or in packages to selected dealers who sell machines outside of the company’s rental territory.

Available through approved dealers across the UK and Ireland, the new service enables fleet managers to invest in new equipment without the inconvenience of reselling their existing machines.

Working in partnership with Mascus, an online equipment marketplace, to manage the ongoing resale of each used model, Yanmar CEE pledges to evaluate and purchase existing rental machinery, offsetting the value against new Yanmar models.

Olivier Crahay, remarketing manager at Yanmar CEE, said, “Our remarketing service aims to make refreshing your fleet quick and easy, while alleviating the issue of selling used equipment. In result, we hope to increase operator access to the latest Yanmar models.”

Another manufacturer, Hitachi is accelerating the growth of its dealer rental initiative in Europe by buying used machines from contractors and providing them to its dealers so that they can be offered for medium- and long-term rentals.

Since the initiative was started in Spring last year, 375 machines have entered dealer fleets. Hitachi is now working on proposals for contractors in France, the Netherlands and Scandinavia to acquire their fleets and replace them with Hitachi managed rental machines.

René Danielsson, Manager of the rental programme, told IRN that it was now discussing how Hitachi could “consider buying their fleet, upgrade and optimise them, and redefine the number of machines required.”

It is planned that an additional 500 machines will be added to the company’s fleet in Europe this financial year and the same number again in the following year. 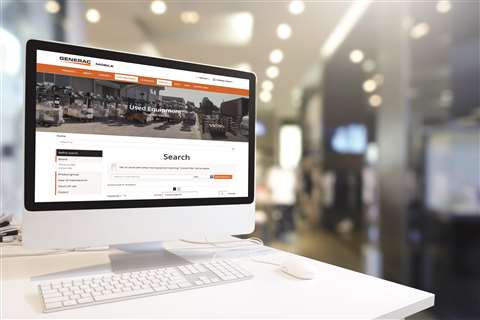 Italian manufacturer Generac launched a new virtual used equipment showroom at the start of April this year, which offers a portfolio of used, reconditioned and part-new stock for Generac branded products across lighting, pumps, wash racks and dust suppression.

Alessandro Rossi, Managing Director for Generac Mobile, said, “We have seen more demand in emerging markets for low-cost and used machines, and yet do not compromise on quality.”

Before being sold on, the machines are reviewed under the same production criteria as Generac’s new products; “Complete transparency on the origins of the used equipment is also made available to purchasers with product specifications detailing hours of work, conditions of body work and electrical system. All products are fully supported with our manufacturer’s warranty and service,” said Rossi.

Moving forwards, the company hopes to feature different brands and machines on the platform.

Under the hammer - auctioning used equipment

Rental companies are particularly important to auction houses such as bidadoo and Euro Auctions, both as sellers and buyers of used equipment. 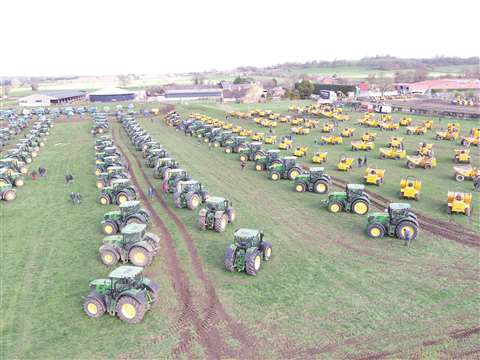 When Hawk Plant Hire went into administration, Euro Auctions sold its stock for a total of £29 million

According to Euro Auctions’ Commercial Director, Jonnie Keys, “Following the 2008 crash, when OEMs either slowed or stopped production of new equipment, rental companies turned to Euro Auctions to provide stock for their fleets, and those relationships still hold true today.”

Occasionally, Euro Auctions also works with administrators, organising forced sales of rental fleets. The biggest was the disposal of Hewden’s crane stock when the company went into administration in 2016. The sale of Hewden’s 130 mobile cranes came to a total of £76 million. A more recent example is that of Hawk Plant Hire, which went into administration at the beginning of 2019. The firm’s entire stock was disposed of for a total of £29 million.

Over the course of the next ten years, rental companies are predicted to become one of the largest sectors embracing new sustainable technology. As the old equipment is replaced, Euro Auctions expects to sell a lot of it, with much of the non-compliant stock likely to go to Africa, India and parts of the Far East. 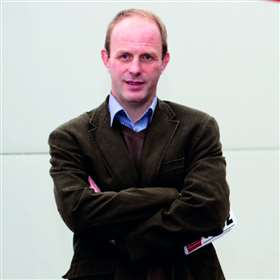 Meanwhile, bidadoo’s President, Howard Hawk, stresses that the company is more than an auction house; it partners with rental companies, primarily in North America, to offer its reMarketing Solution. Through a suite of tools provided by bidadoo, from reValue – which helps with asset pricing and sales metrics – to reFleet – which supports fleet inventory management – it was said that rental companies are able to better market their equipment to a global buyer base.

Through bidadoo’s online platform, it was said that high volumes of equipment can be sold across the globe without the need to transport equipment to an auction yard. The weekly auctions that are run every Thursday by bidadoo, attracting between 50,000 and 70,000 viewers, give sellers a frequent opportunity to sell their used equipment rather than having to wait long periods of time to amass large numbers of machines before holding an auction.