Veronafiere aims for the top 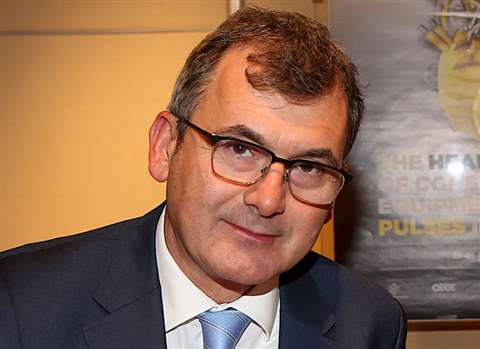 Italian trade fair company Veronafiere – which organises Samoter – has announced it is to transform into a joint-stock company, trading under the name Veronafiere SpA.

The company agreed to make the changes at an extraordinary meeting, while also approving its latest business plan, which will see the company invest €94 million by 2020.

The company’s investments will include consolidating its existing exhibitions in the natural stone-construction sector, which Veronafiere said targeted growth in countries such as the US, China, Brazil and Africa.

The company also aims to strengthen its involvement in agriculture and its related technologies, as well as expand and modernise its existing exhibition centre in Verona, Italy.

Veronafiere said its business plan aimed to increase its capacity and generate more wealth in its local area.

The company said it expected to record revenues of €113 million by 2020, with its earnings before interest, taxes, depreciation and amortization (EBITDA) reaching €21.9 million – a 19% profit margin.

Maurizio Danese, president of Veronafiere, said, “The transformation of Veronafiere into an equity company is long overdue and achieves an important goal.

“Given the highly competitive international context, the legal status of joint-stock company and the business plan envisaging consistent and targeted investments will enable us to move quickly to strengthen the portfolio of world-leading events, develop existing potential and significantly increase market share and profitability.”

He added that this would help place the company among the “international leaders” in the sector.